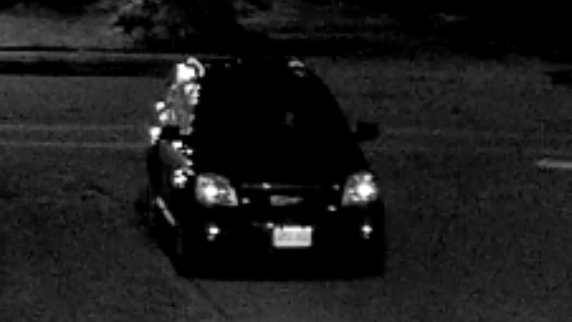 Waterloo regional police are looking to identify the make, model, and driver of a vehicle in connection to a Cambridge home invasion. (Source: WRPS) (Sept. 30, 2021)
KITCHENER -

Waterloo regional police have released an image of a vehicle in connection to a home invasion in Cambridge early Tuesday morning.

The incident happened at a home on Albert Street around 1:45 a.m. In a news release, police said three men armed with a machete, handgun and hatchet forced their way into the home. A man inside the home suffered serious, but non-life-threatening injuries, police said.

Officials said they believe this was a targeted incident.

The suspects were seen fleeing in a black Dodge Journey on Highway 24 heading south.

On Thursday, police released an image of a vehicle in connection to the incident and asked for the public's help in identifying the make, model, and who the driver is.