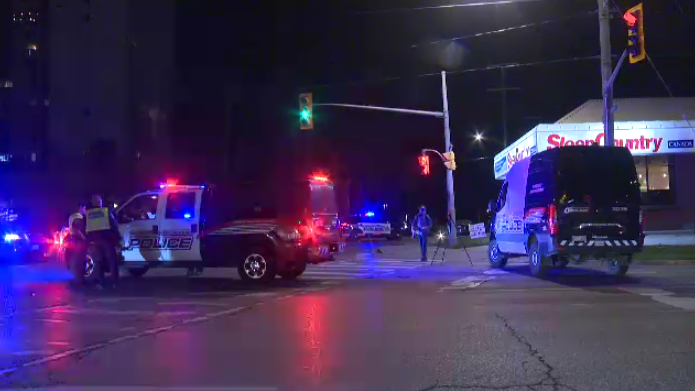 Multiple lanes of traffic were closed and officers were directing traffic in the area, as collision investigators worked at the scene.

A collision involving a pedestrian closed part of a busy intersection in Waterloo late Saturday evening.

At around 10:30 p.m., Waterloo regional police were called to King Street and Columbia Street.

Multiple lanes of traffic were closed and officers were directing traffic in the area, as collision investigators worked at the scene.

Police tweeted just after 3:30 a.m. that the area had reopened.

The roads in the area of King and Columbia in Waterloo are re-opened. Thank you for your patience and cooperation.

There’s been no word on the extent of any injuries related to the collision.

A police spokesperson told CTV News on Sunday morning that they expect to release more information once their Traffic Unit has completed its report.

Protests in Iran continue despite internet blackouts; Canadians respond with rallies of support

Nearly two months after the protests were first ignited, the people of Iran continue to march in the streets, despite increasing violence, internet blackouts and arrests, while Canadians support them overseas, organizing rallies in response.

Notable moments, political statements made in Week 1 of the World Cup

As much as the action on the pitch has captivated fans across the globe, the 2022 World Cup in Qatar has also made important headlines for incidents off the pitch.

Prime Minister Justin Trudeau visited Monday the graves of victims of a deadly stabbing rampage at a Saskatchewan First Nation before he was to meet with family members in private.