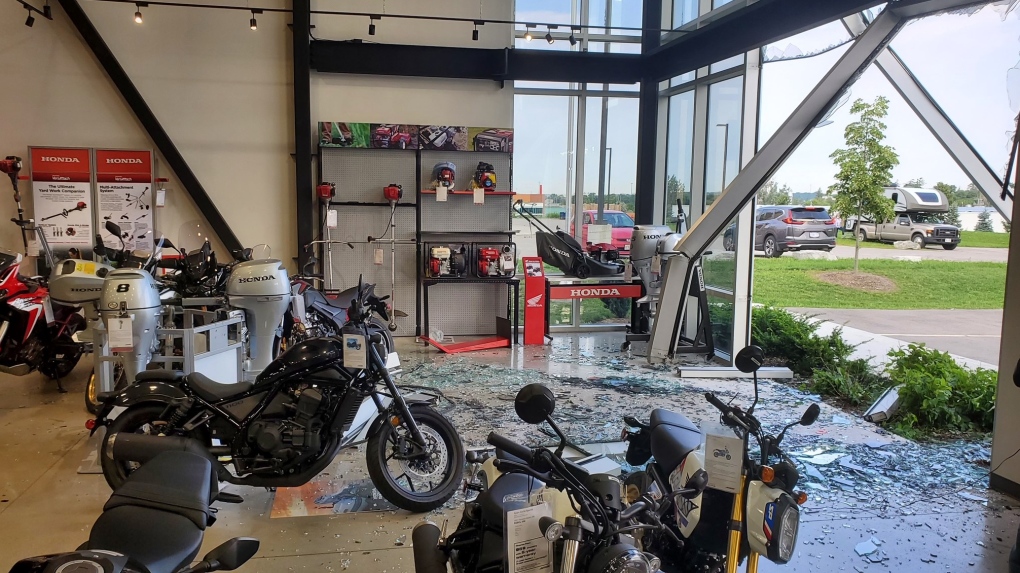 Waterloo regional police are investigating a break and enter at a business on Schiedel Court in Cambridge.

The crime was captured on surveillance video by the Cambridge power sports dealership, showing a dark-coloured pick up truck backing through a glass window of Apex Cycle Sports.

Within minutes, suspects can be seen taking off with stolen property, leaving a trail of damage.

Staff at the dealership says they're both upset and confused.

"You can see from the footage they backed up and the one pick up truck reversed through the window and they took a lot of items, caused a lot of property damage," said Paul Snyder, service manager at Apex Cycle Sports.

Snyder said the suspects were only on scene for minutes and took off with two pieces of power equipment. 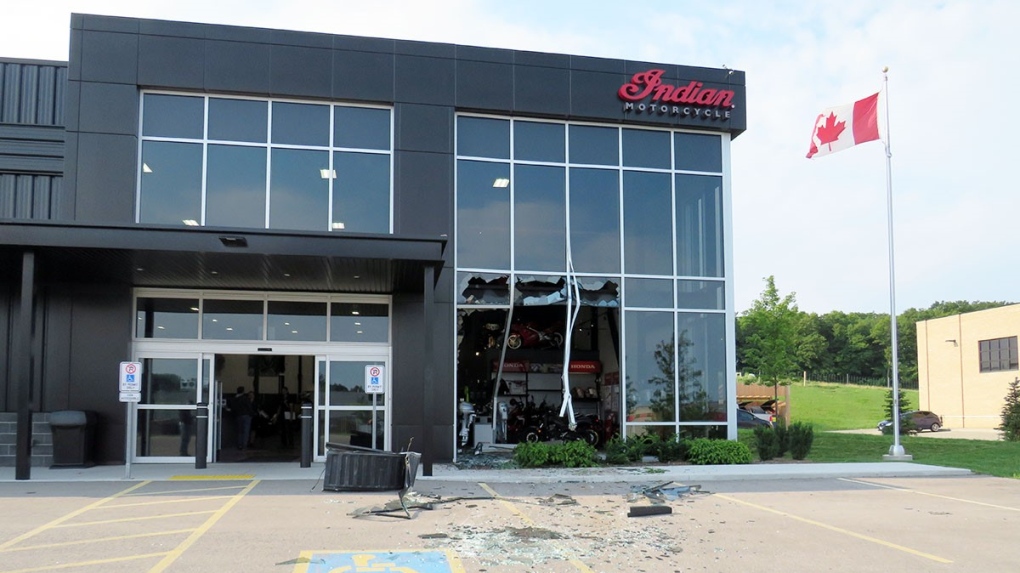 "It's really disappointing that someone would be willing to do that much damage to another business in these times, especially for the little amount, they really didn't have success in what they took," he said.

The break-in forced the store to close the showroom as it took hours to clean up the broken windows and shattered glass.

Snyder says they're still working on a damage estimate, but think it could be upward of $50,000.

He said it's the second break-in within three months at the dealership.

"We did have one instance a couple of months ago where they broke into the front door, so similar thing, they took a couple of pieces of power equipment," Snyder explained.

He said Apex Cycle Sports plans to increase security measures at the business.

The investigation is ongoing. Police have not yet provided a suspect description.