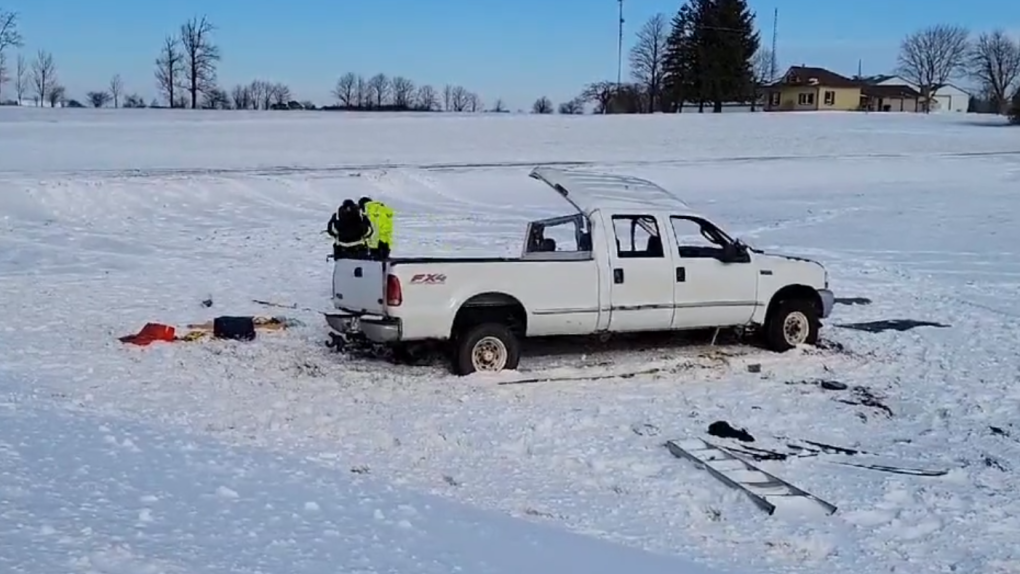 The vehicle involved in a single-vehicle crash near Mount Forest. (OPP/Twitter)

Police have identified the victim of a fatal crash near Mount Forest earlier this week as 59-year-old Paul Sinclair of Acton, Ont.

The driver was transported to hospital where they were pronounced deceased.

Footage of the crash site posted by OPP appears to the show a pickup truck left the highway and came to rest in a field.

The roof of the pickup truck appeared to have sustained extensive damage, with tools laying in the snow nearby.

Police closed Highway 6 between Sideroad 2 and Sideroad 3 for around five hours Monday.