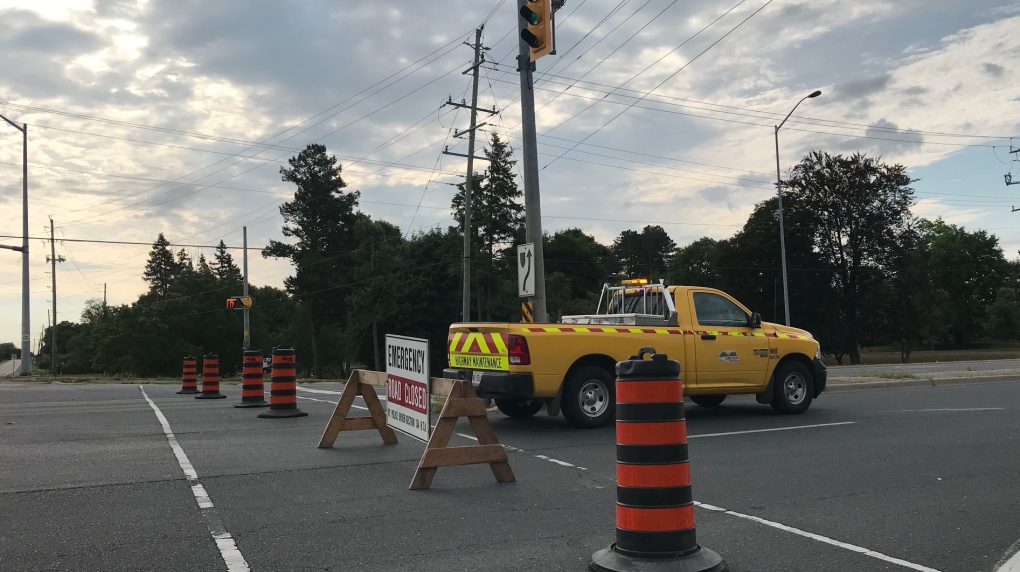 BRANT COUNTY -- Police have identified the victim in a fatal crash involving an SUV and a motorcycle.

The Ontario Provincial Police say the crash happened Tuesday at around 6:45 a.m. near Highway 24 and German School Road.

In a news release, police say that the motorcycle had been traveling north along Highway 24 when it collided with the SUV, which had been travelling west on German School Road.

The motorcyclist was taken to hospital where they were pronounced dead. Police have since identified the victim as 46-year-old Eric Fast of Brantford.

A driver and passenger in the other vehicle also had minor injuries and were treated and released at the scene.

The road was expected to be closed for several hours while police investigated.

It's not yet clear what caused the crash or whether charges are expected.

Anyone with information is asked to contact the County of Brant OPP or Crime Stoppers at 1-800-222-8477.

Brant OPP have closed off #Hwy24 between Blue Lake Rd and Governors Rd near #StGeorge after a crash involving a car & a motorcycle.

Police advising the closure will be in place for several more hours. @CTVKitchener pic.twitter.com/xnyWzzWlF7