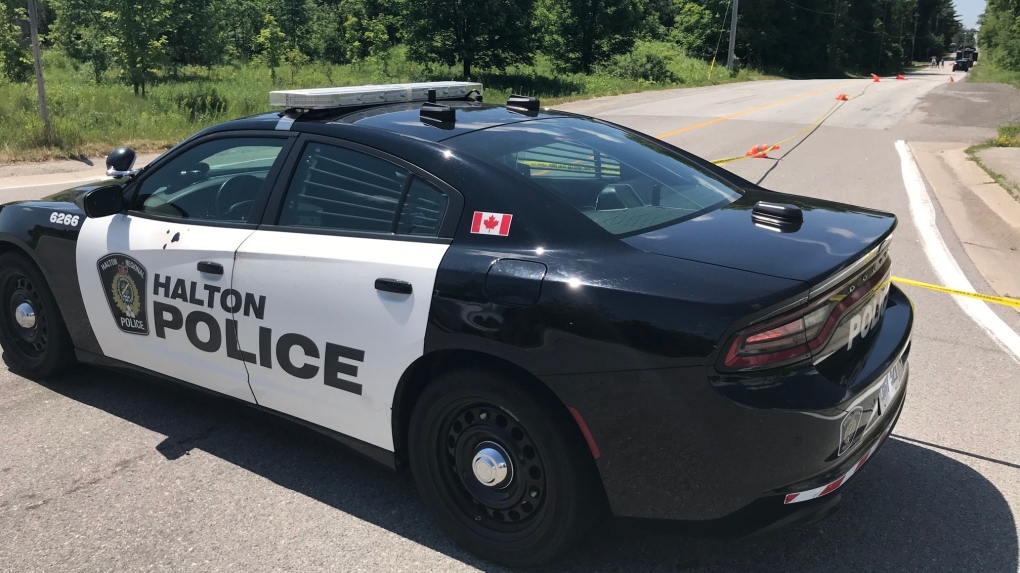 Halton police at the intersection of Guelph Line and No. 10 Sideroad in Milton where a dead man was found. (Dan Lauckner - CTV Kitchener) (June 30, 2020)

KITCHENER -- Halton police have identified the victim of a homicide in Milton late last month as a 16-year-old from Brampton.

A passerby found the teen's body at the intersection of Guelph Line and No. 10 Side Road around 6 a.m. on June 30. Later that day, police said they were investigating the death as a homicide.

His name won't be released at the request of his family.

Police say they're asking for anyone with dash cam or surveillance video from the area between 8 p.m. on June 29 and 6 a.m. on June 30 to come forward.