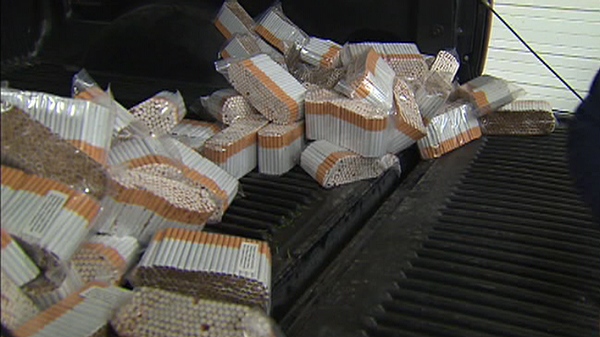 TORONTO - Ontario's opposition parties weren't impressed Thursday after the Liberal government said it would give police the power to seize illegal cigarettes when they see them.

Currently, police who spot someone with contraband smokes have to call the Ministry of Revenue before taking any action.

The new laws would change the Tobacco Tax Act to allow police to seize any illegal cigarettes found in plain view without having to make that phone call.

"We're doing some checking to see how much more power that would be because I was always under the impression that if police saw illegal merchandise of any kind that they were allowed to seize it," said Gleinas. "It's puzzling."

There will also be new fines for possession of contraband tobacco products, but the case would go through the courts rather than police issuing tickets on the spot.

The law also would require tobacco importers to register with the province.

Making criminals out of smokers addicted to tobacco will only make things worse, especially when many aren't aware they are buying illegal products from a store, said Gelinas.

"If we had a full, laid-out health promotion strategy to help people stop smoking, enforcement could be a tiny, weeny part towards the end, but to have it up front is not going to stop people help smoking," she said. "We have made criminals out of pot smokers and it has not helped the situation at all."

The province also announced $5 million in funding for new programs to help people quit smoking, and will offer cessation counselling in health care clinics and pharmacies.

The government says tobacco kills 13,000 people in Ontario each year, costs the provincial health care system almost $2 billion a year and the economy about $5.8 billion in lost productivity.

It estimates that 43 per cent of all cigarettes smoked by Ontario high school students are contraband.