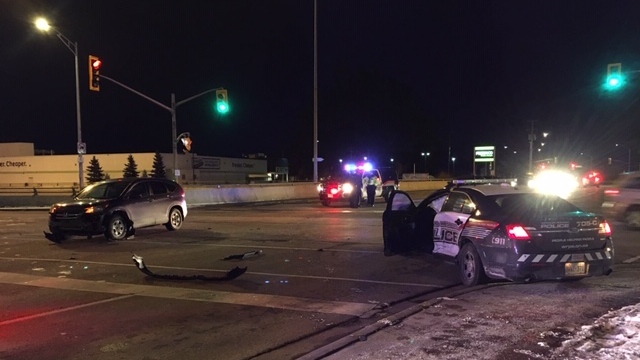 Waterloo Regional Police were called to a collision Friday night involving one of their own.

An SUV hit a police car just before 10 p.m. on Kingsway Drive near Franklin Street South in Kitchener.

There was damage on the driver’s side of the cruiser and the air bags deployed during the crash.

The SUV also had some damage to its front bumper.

Police say no one was seriously hurt.

Their investigation continues and charges are pending.