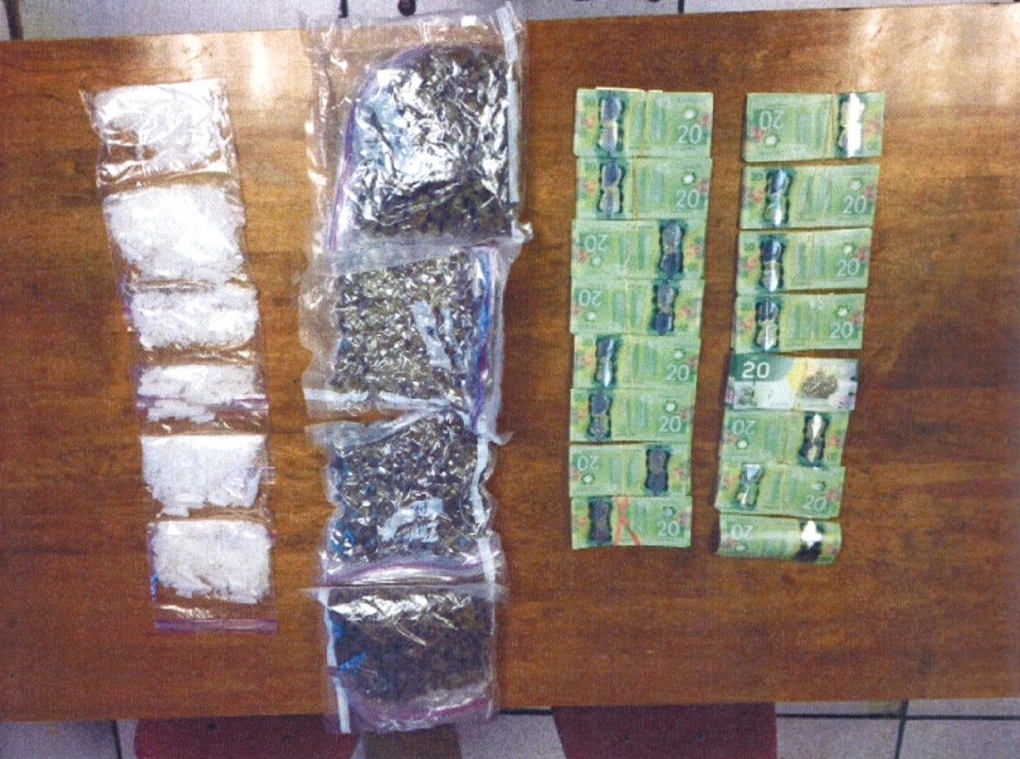 In an image released by the Hanover Police Service, marijuana, methamphetamine and cash seized from a motel room on 7th Avenu on Tuesday, July 22, 2014.

An incident that began with a police chase ended with three people facing charges – one of whom had just been released from prison the previous day – and Hanover Police making what they call a “significant” dent in the town’s methamphetamine trade.

Police say they responded to a motel on 7th Avenue around 9 a.m. Tuesday after being informed of a domestic assault.

While speaking inside the motel with the alleged victim of the assault, police say, officers noticed methamphetamine in their unit.

Both she and the alleged assaulter were taken into custody.

A search of the man allegedly led officers to a baggie in his pocket.

As police tried to seize the baggie, the man allegedly began resisting, causing both he and the officer to fall to the ground – after which the man allegedly ran away from the scene on foot, travelling through nearby backyards.

Officers eventually caught up with the man, pepper sprayed him and arrested him.

In total, police estimate the value of the seized items at approximately $75,000.

A third man was arrested later in the evening in connection with the incident.

According to police, he had been released from prison the previous day following an incident in Hanover earlier in the year.

Brampton resident Tracy Kropf, 42, faces charges of breach of probation and possession of marijuana and methamphetamine for the purpose of trafficking.

Justin Wayne Hiller, 25 years old and from West Grey, is charged with breach of probation, and similar drug offences.