Police called to over 100 crashes on Tuesday amid snowy weather 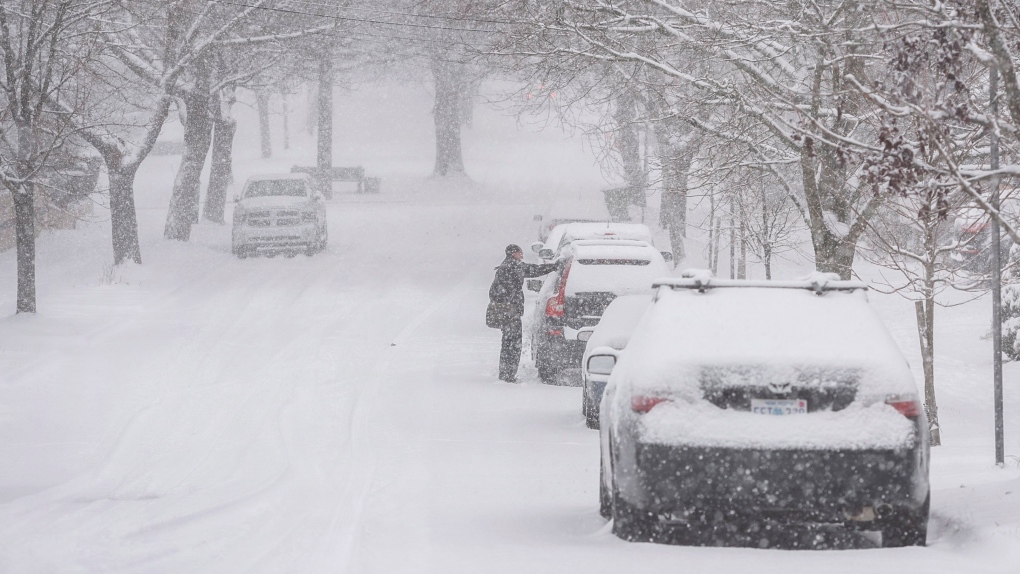 A man cleans snow from his vehicle as a winter storm brings the first significant snowfall in Halifax on Friday, November 16, 2018. THE CANADIAN PRESS/Darren Calabrese

KITCHENER -- The Waterloo Regional Police Service received 110 calls to car crashes on Tuesday as the region saw its first winter storm of December.

The total number of crashes included 95 crashes that involved property damage and 14 that involved injuries. There was also one hit-and-run.

According to Environment Canada, Kitchener saw about 12 cm of snow fall over the past few days. Much of that had fallen by Tuesday morning, prompting schools to declare their first virtual "snow day."

It also made for a dangerous morning commute. Weather is believed to have been a cause of a fatal multi-vehicle crash on Highway 7/8 that left one woman dead and the highway closed for most of the day.

Regional police are reminding drivers to adjust their driving for winter conditions.

"Prepare your vehicle for winter driving, increase your following distance, and accelerate and brake slowly," they said in a post online.