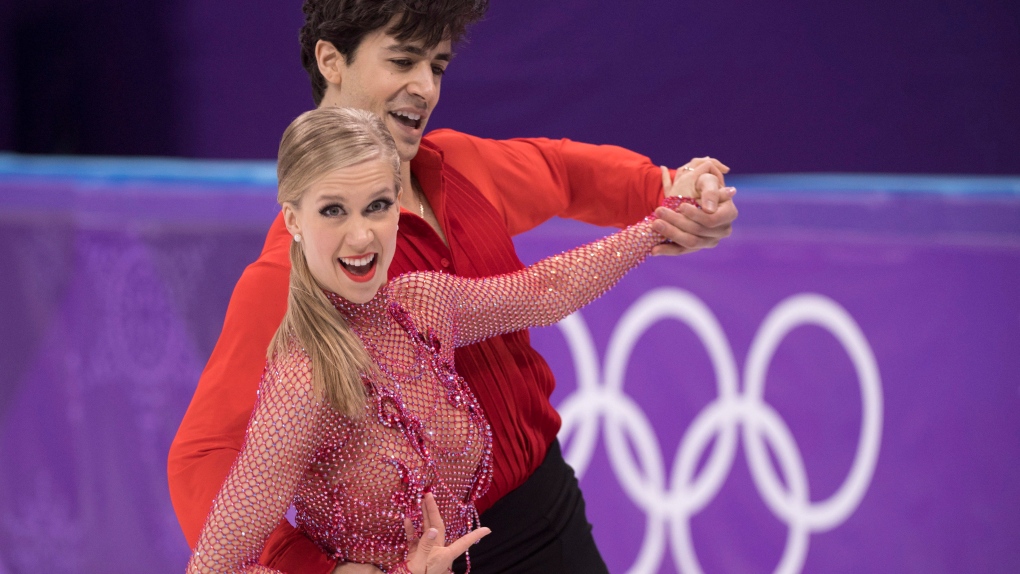 Waterloo’s Andrew Poje and his figure skating partner Kaitlyn Weaver have a shot at winning an Olympic medal Monday night.

The ice dance pair finished eighth in Sunday’s short dance competition with a score of 74.33. The top 20 of the 24 teams advanced to Monday’s free dance.

The other two Canadian teams in the competition advanced as well. Tessa Virtue and Scott Moir led the field with a score of 83.67, while Piper Gilles and Paul Poirier scored 69.60 and finished in ninth place.

Poje, 30, grew up in Waterloo and lists the Kitchener-Waterloo Skating Club as his home club. He and Weaver trained there together for several years.

They placed seventh at the 2014 Winter Olympics, and have finished in the top five at every world championship this decade.

Virtue and Moir also have local ties, as they trained at the Kitchener-Waterloo Skating Club as children and lived in Waterloo for a period of time.