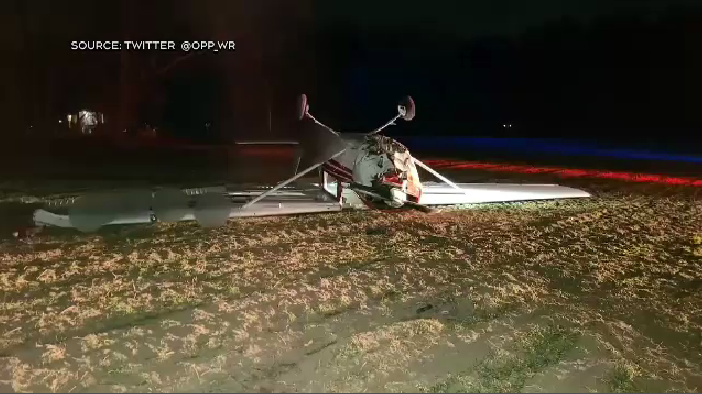 Norfolk County OPP say they're thankful a 19-year-old pilot is going home to their family safely after a plane crash Sunday evening.

OPP and paramedics were called to the single engine plane crash shortly after 5:30 p.m. in a farmer's field on Windham Road 13.

Police say the pilot was heading to the Nixon Airport when they ran into engine trouble and landed in the field, resulting in the plane rolling over.

The investigation is ongoing. Transport Canada has been notified of the incident.