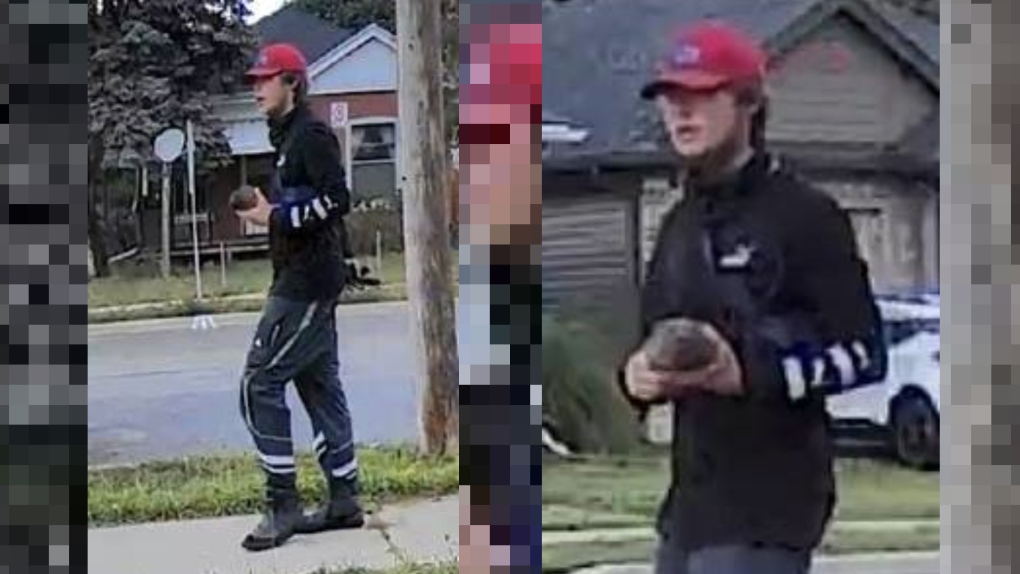 Images of a suspect in connection to a Brantford robbery. (Source: Brantford Police Service) (Oct. 3, 2022)

Brantford police have released images of a suspect in a robbery case and are asking for the public's help.

According to a news release, the robbery happened around 3 p.m. on Sept. 19 at a convenience store on Rawdon Street.

A male allegedly entered the business, appeared to have a weapon, demanded cash from an employee, and fled the scene on foot with an undisclosed amount of money.

No one was injured.

Police say they obtained a still image of a suspect from a nearby surveillance video.

The suspect is described as a white male with a thin build, wearing a red baseball hat, a dark long sleeve shirt, dark pants, and black shoes.