Photos of suspect released in connection to hate-motivated graffiti 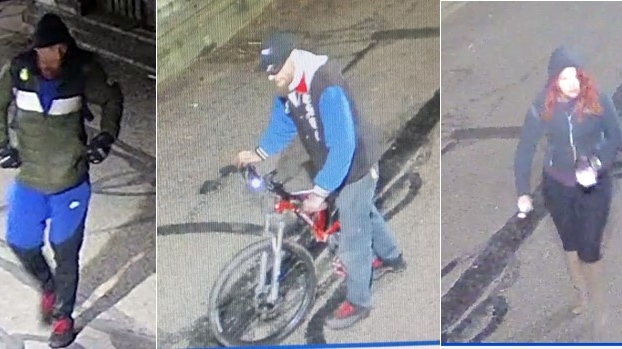 Waterloo regional police are looking to identify the people in the photos in connection to a hate-motivated graffiti incident. (Source: WRPS) (Apr. 1, 2021)

KITCHENER -- Waterloo regional police are hoping to identify some people in photos in connection to a hate-motivated graffiti incident.

It happened on the outside of a business at Highland Road West and Westmount Road West in Kitchener on Mar. 21.

One suspect is described as a white man with an average build, bald or shaved head, and a reddish-brown beard. He was last seen wearing a black toque, black gloves, and an army green jacket.

Police say the man was seen with white female who has red hair and was last seen wearing a dark-coloured hoodie and pants.

Any witnesses or anyone with information about the incident is asked to contact Waterloo Regional Police Service or report anonymously with Crime Stoppers.