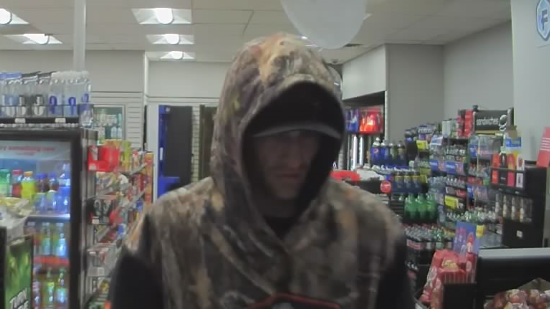 Security video of a man wanted for a shotgun theft in Norfolk County. (Courtesy: OPP)

KITCHENER -- Norfolk County OPP are trying to identify a man who they say stole a shotgun and a wallet from unlocked vehicles near Port Dover.

It happened early Tuesday morning at a property on Concession 5 Woodhouse, just east of Simcoe.

They allegedly stole a 12-gauge pump-action shotgun with a trigger lock and a wallet.

It was later determined that the debit card from the wallet was used at a Brantford business.

Police have released security images of the suspect in hopes that the public can help them identify the man.

They’re also reminding drivers to lock their vehicles and remove all items of value.