A fraud victim had his phone number stolen. It almost cost him $2,700

A Kitchener man is warning others after he says his phone number was stolen, leading him to be scammed out of nearly $3,000. Ethyan Hillgartner says he got a text message telling him his number was being switched to a different service provider, but ignored the message assuming it was spam. Thirty minutes later he had no cell phone service.

After contacting Rogers and getting internet back he notice $2,741.91 had been take from his Visa. PayPal issued a refund and said the way they determine a user’s identity is often through an automated call or message.

The Canadian Wireless Telecommunications Association recommends to keep personal info off public sites, use a password on all devices, and use only trusted online payment systems.

The iconic Preston Springs Hotel in Cambridge will soon be torn down, but in the process of stripping the hotel of its heritage designation, the city made an expensive discovery. The city says it found water coming from the hotel that was going directly into the sewer system.

The water was flowing at a rate of about 3.5 litres per second, going right into the city's waste treatment plant. The cost: more than $250,000 to pay for all the water going down the drain.

"It's concerning that this volume is heading into sewer system and the taxpayers are having to pay for it," says Coun. Mike Devine. "So clearly it needs to be capped or diverted elsewhere."

The city is working on a method to address the issue, but since the building has been deemed unsafe, crews will not be sent in to do repairs until it's safe to go inside.

'An unimaginable tragedy': Bodies of man and young girl found in Rattlesnake Point

The bodies of a man and his four-year-old daughter were found at the base of an escarpment in southwestern Ontario and showed injuries "consistent with a fall," police said Monday.

Halton regional police said the father and daughter, whose identities were not released, had gone for a hike at Rattlesnake Point Conservation Area in Milton, Ont., around 2:30 p.m. Sunday.

From an Olympic hopeful to running from a dark secret: After 16 years, Puslinch native Megan Brown broke her silence this week. She says she was under-age when track and field coach Dave Scott-Thomas initiated a sexual relationship with her. Brown's father is the person who initially complained to the University of Guelph in 2006.

Last month, the university acknowledged that Scott-Thomas lied repeatedly back then, and that new information resulted in Scott-Thomas being fired in January. 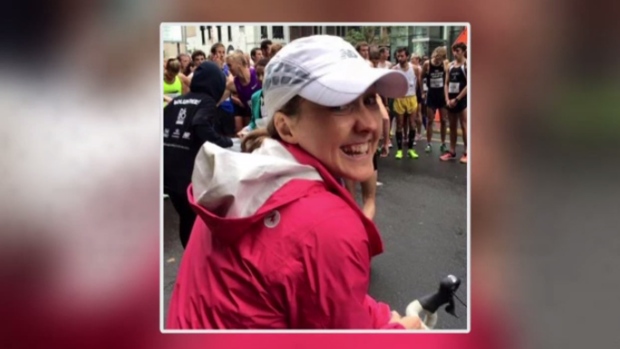 A Cambridge parent is sounding alarm about a viral video prank that she says could have sent her daughter to hospital.

Joanne Steenkamp says her daughter, who is in the ninth grade, was a victim of the so-called "skull breaker challenge." The prank, being circulated with videos on social media applications such as "TikTok," involves people convincing someone to jump in the air, and then kicking the jumping person’s feet out from under them, causing them to fall.

In Steenkamp’s case, she says her daughter fell onto a concrete floor.

"Just talk to your kids," Steenkamp encouraged parents. "Tell them it’s not okay, just educate them, educate yourself. Check their phones, check their TikTok videos. Listen to what they’re talking about and thinking about, and what they find humour in, and just be on top of your kids."