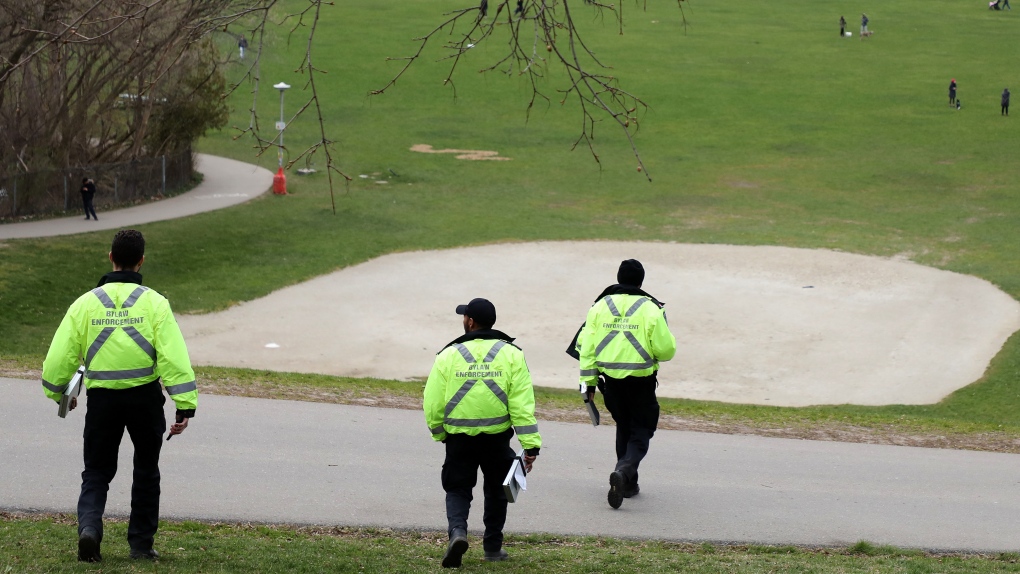 Toronto bylaw officers descend on a park on Friday, April 24, 2020 to enforce anti-COVID-19 rules. Most people left when they arrived but one man received a $750 fine for having his dog off-leash. THE CANADIAN PRESS/Colin Perkel

KITCHENER -- The organizer of a party in Waterloo last weekend was also the recipient of a $750 fine.

According to public health officials, the person was fined for having a gathering at a private residence that exceeded the provincial limit of 10 people.

By-law officials told CTV Kitchener that there were between approximately 25 and 30 people inside when officers arrived on Oct. 10.

Last month, Premier Doug Ford announced that the Ontario government would issue fines up to $10,000 for anyone who organized a private gathering that exceeded the limits.

But by-law officials said Tuesday that municipal by-law officers don't have the authority to lay the organizer charge, which comes in the form of a summons to court. That would have to be laid by police, who are only called for very large gatherings or if people are unruly or hostile when by-law officers arrive.

In the case of the larger fine, a judge would consider the minimum $10,000 fine if a person was convicted.