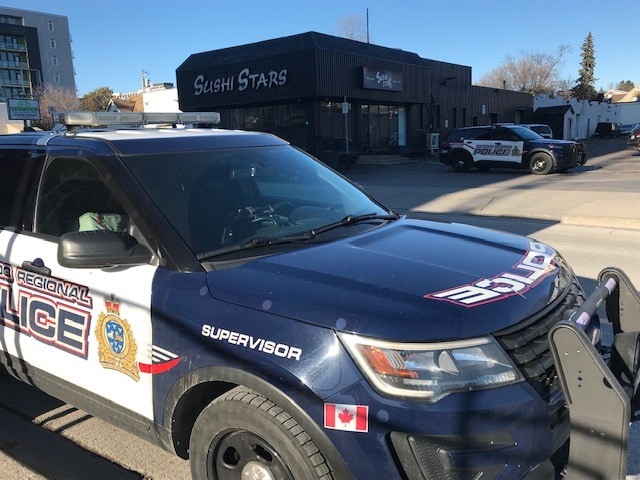 Waterloo regional police say 37-year-old man from Toronto has been arrested and charged after a stabbing in Kitchener.

One person was sent to hospital with what police call 'critical injuries' following the incident.

Police were called to a downtown Kitchener business around 12:30 Sunday afternoon for reports of a stabbing.

Officers found a man with stab wounds. The victim was taken to an out-of-region hospital with serious injuries.

WRPS posted a tweet at 1:49 p.m. Sunday, indicating there would be a heavy officer presence in the area of King Street East and Madison Avenue North in response to the stabbing incident.

Around 10 minutes later, police posted that a suspect had been found and arrested.

Police say the suspect and the victim knew each other and there is no threat to public safety.

In an update provided Monday morning, police say the 37-year-old has been charged with assault with a weapon, aggravated assault, and possession of a weapon for a dangerous purpose.

Friends and volunteers gathered Sunday at Kyiv's St Sophia's Cathedral to say goodbye to Andrew Bagshaw, who was killed in Ukraine while trying to evacuate people from a front-line town. This comes as Russian forces heavily shelled the city of Kherson, killing three people and wounding six others, the regional administration said.