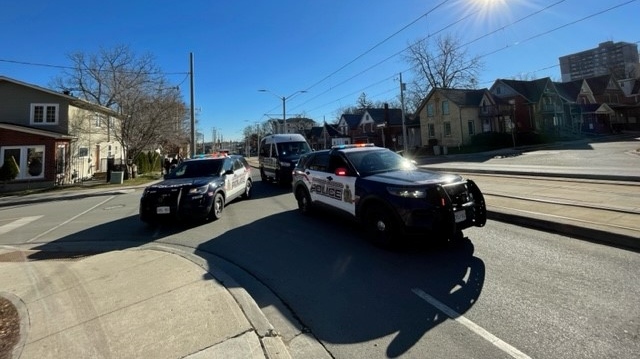 Police at the scene of a crash on Charles Street in Kitchener. (Hannah Schmidt/CTV Kitchener) (Nov. 26, 2022)

A crash in downtown Kitchener has caused a partial road closure and injuries to a pedestrian, police report.

On Saturday, emergency crews were called to a collision on at Charles and Eby streets around noon.

Police say the driver of a SUV was heading west on Charles when they struck a pedestrian on the north side of the road.

A 35-year-old pedestrian from Waterloo was taken to hospital with non-life-threatening injuries.

The driver, a 35-year-old Kitchener woman, was not hurt.

Police say the investigation is ongoing and charges are anticipated.

Charles was closed on the westbound side and the public was asked to avoid the area for several hours.