Pedestrian in critical condition after crash in Guelph 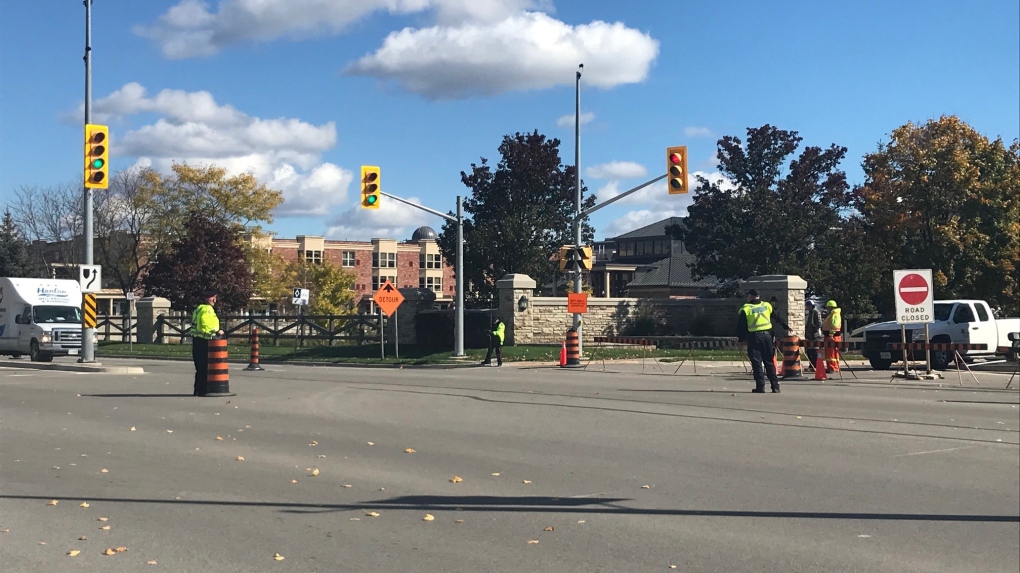 Police officers at the scene of a crash that left a pedestrian seriously hurt. (Dan Lauckner / CTV Kitchener)

KITCHENER -- An 88-year-old man is in critical condition after a crash near the University of Guelph last week.

Police said that just before 10 a.m. on Friday, the man was walking near the intersection of South Ring Road East and Stone Road East when a car collided with him.

He was taken to a trauma centre in Hamilton by paramedics. Ornge air ambulance was originally called to the scene, but the man ended up being taken by land ambulance instead.

There were road closures around the scene while police investigated, but they had all reopened by 1:30 p.m.

On Monday, police said they were still investigating, and asked anyone with information or dash cam footage to contact them.

There was no word on any charges.