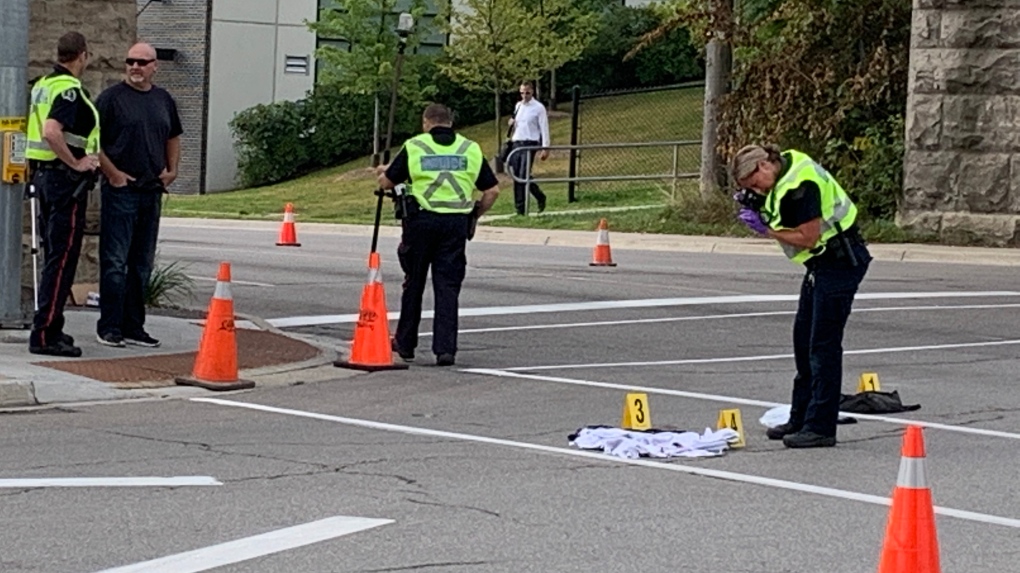 Police investigate after a man was struck by a van at the intersection of Macdonell and Wellington Streets in Guelph. (Jeff Pickel / CTV Kitchener)

KITCHENER – A 55-year-old man has passed away after being involved in a crash early last month.

The crash happened at Macdonell and Wellington streets at around 6:30 a.m. on Sept. 3.

Police say a driver, 61, was headed eastbound on Wellington when he struck a pedestrian.

That pedestrian, 55, was taken to Hamilton General Hospital with serious injuries.

On Oct. 10, Guelph police announced that the man had died from his injuries.

He has not been identified.

Police say they are still investigating and, as such, won't release any new details.

There's no word yet on any charges or what caused the crash.