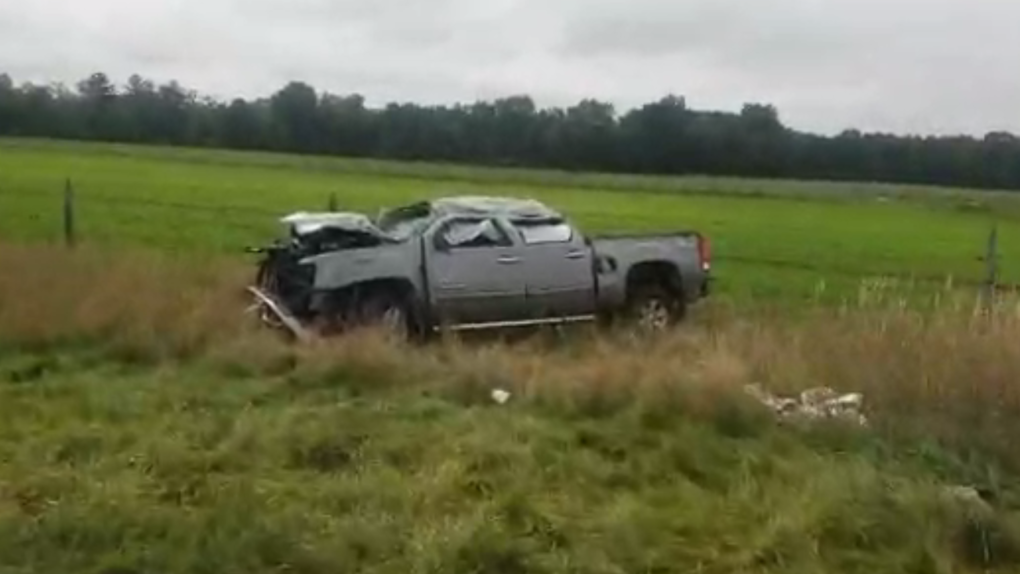 Two people and a dog suffered serious injuries after what police are calling a "violent rollover collision" in Oxford County.

Provincial police say it happened just before noon on Highway 59 between Maple Dell Road and Milldale Road, about 30 km south of Woodstock.

The passenger, a 74-year-old woman, was ejected from the vehicle and suffered life-threatening injuries. The family dog was also thrown from the car, suffering serious injuries. It was taken to a veterinarian for treatment.

In a tweet, police say that the male driver suffered life-altering injuries as a result of the crash.

One of the two people has since been taken to a London hospital for further treatment.

The vehicle was headed southbound when the driver reportedly left the roadway, struck a pole and then rolled between eight and ten times.

A video posted by the OPP showed the debris field, which appeared to stretch for at least 20 feet.

The road was expected to stay closed until at least 5 p.m.

Police are still investigating the cause of the crash.