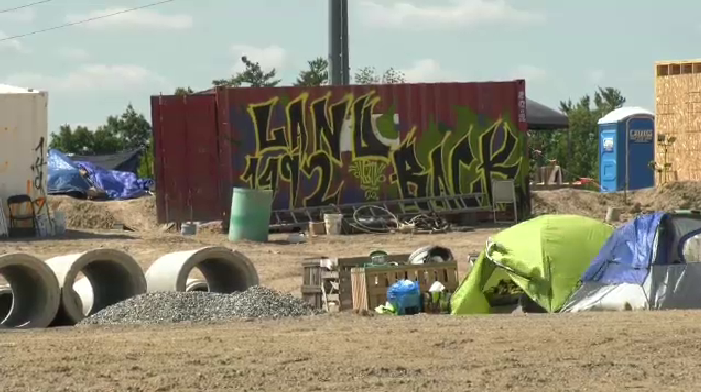 KITCHENER -- Two people from Guelph have been arrested at the Caledonia land dispute protest, bringing the total number of people arrested in relation to the demonstration to 18.

OPP say a 34-year-old and 31-year-old from the Royal City were charged on Saturday with mischief and disobeying a court order.

Two court injunctions are currently in affect that prohibit anyone from being at the McKenzie Meadows development.

This comes after an Indigenous journalist as well as a university researcher were arrested for joining the site.

In a Monday news release, Haldimand County OPP say they are committed to the freedom of the press and strive to have collaborative relationships with our media partners.

They add that engaging in activities outside of their reporting purpose, could subject media personnel to charges in relation to violation of a court order and other applicable offences.

An OPP official clarified that, although the number of people arrested at the site stood at 17 before the two recent arrests, one person was arrested a second time for returning to the demonstration.

People have now been camped at the site for 51 days in hopes of reclaiming the traditional territory.