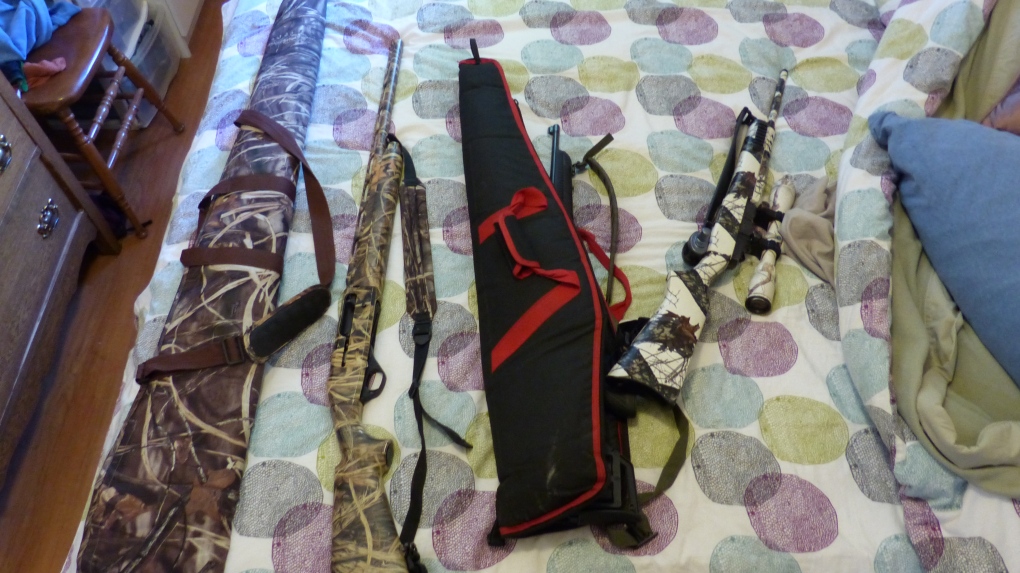 Guns seized from a home in Stratford

KITCHENER -- Stratford police have charged a man and a woman after they seized three guns from a home on Monday.

Officers carried out a search warrant on Huron Street at around 3 p.m.

According to police, the search resulted from a traffic stop earlier Monday when they arrested a man for suspended driving.

The man had methamphetamine and a magazine for a .223 Ruger firearm, along with a concrete nail gun.

A 45-year-old woman, who also lived at the Stratford home, is also facing gun charges.

The man was held in custody before a bail hearing. The woman was released and is scheduled to appear in court on Sept. 14.

Police did not identify the accused.