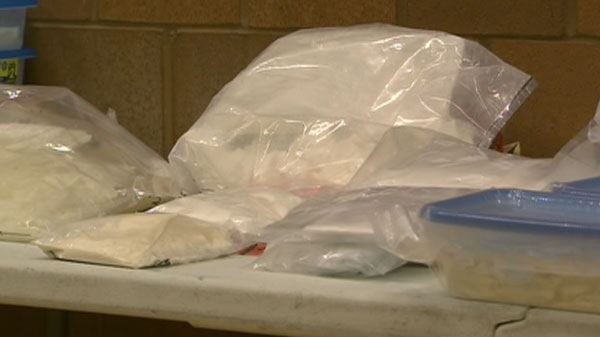 Police display some of the seizures of methamphetamine, or crystal meth, in Hamilton, Ont., on Thursday, March 14, 2011.

Police in Owen Sound say a new designer drug known as "bath salts" has been showing up more often in the area.

In a recent bust, police say they found about 142 grams of suspected bath salts.

It's a powdery substance with some effects that are similar to methamphetamine and some similar to ecstasy.

But police are warning people to stay clear of the stimulant, which can cause hallucinations, violent behaviour and an elevated heart rate.

Officials say that at least five people have been hospitalized in the last week because of severe adverse reactions to the drug.