Over 60 cattle killed in barn fire near Alma, Ont.

Over 60 cattle killed in barn fire near Alma, Ont.

A total of 67 cattle have been killed after a fire tore through a barn early Saturday morning.

Firefighters from several departments were called to the scene around 1 a.m. on Wellington Road 17 near Alma, Ont.

The dairy farm barn was engulfed in flames when emergency crews arrived.

Officials said no one was hurt, but multiple cattle were killed.

Crews were on hand for 10 hours putting out hotspots.

"The steel roofing as well as the concrete slabbing on the floor and such, it didn't allow us to attack the fire as quickly as possible," said Jason Benn, the deputy fire chief for Centre Wellington Fire Rescue Services. "However, the excavator aided in that and we were able to suppress the fire."

Benn adds that the silos were also damaged and will need to come down. 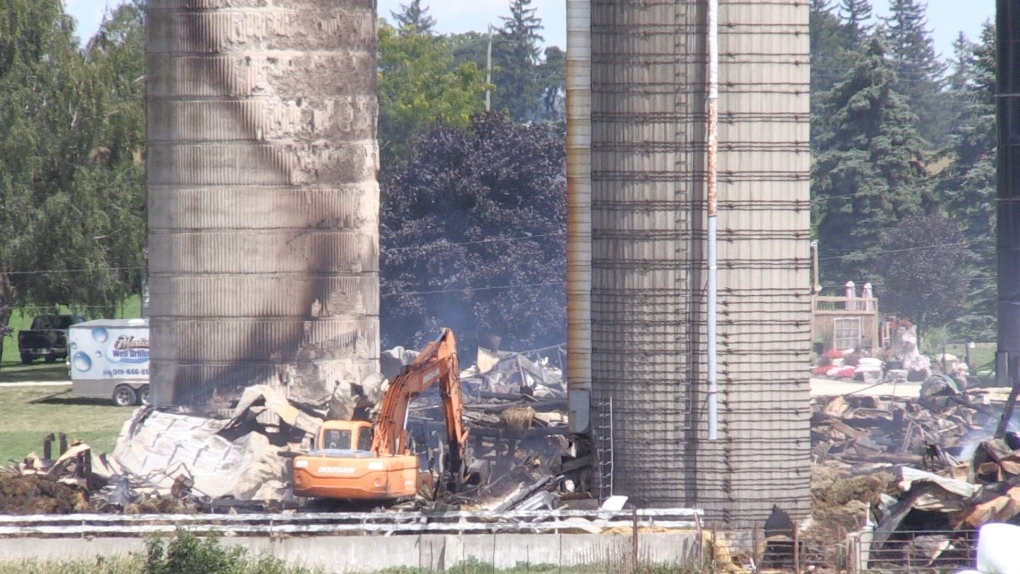 With the lost livestock and structure damage, the estimated cost of damage is $4.5-5 million.

"Family and friends are here as well as workers and they're going to assist the homeowner with the body removal of the animals and then some cleanup," said Benn.

Fire officials say it's hard to determine a cause of the fire in a building like the barn.

The Ontario Fire Marshal's office has been contacted, but is not planning to investigate further.

"They seemed that they they did not have to attend as we were looking after a lot of the measures ourselves," said Benn.

Ambassador Bridge on the Canadian side closed Sunday evening

After two years of COVID-19 restrictions curbing Halloween, Canadians are expected to ramp up celebrations this year. But the rising cost of goods and ongoing supply chain issues could put a kink in demand for costumes, candy and decorations.

Brazil's top two presidential candidates will face each other in a runoff vote after neither got enough support to win outright Sunday in an election to decide if the country returns a leftist to the helm of the world's fourth-largest democracy or keeps the far-right incumbent in office.