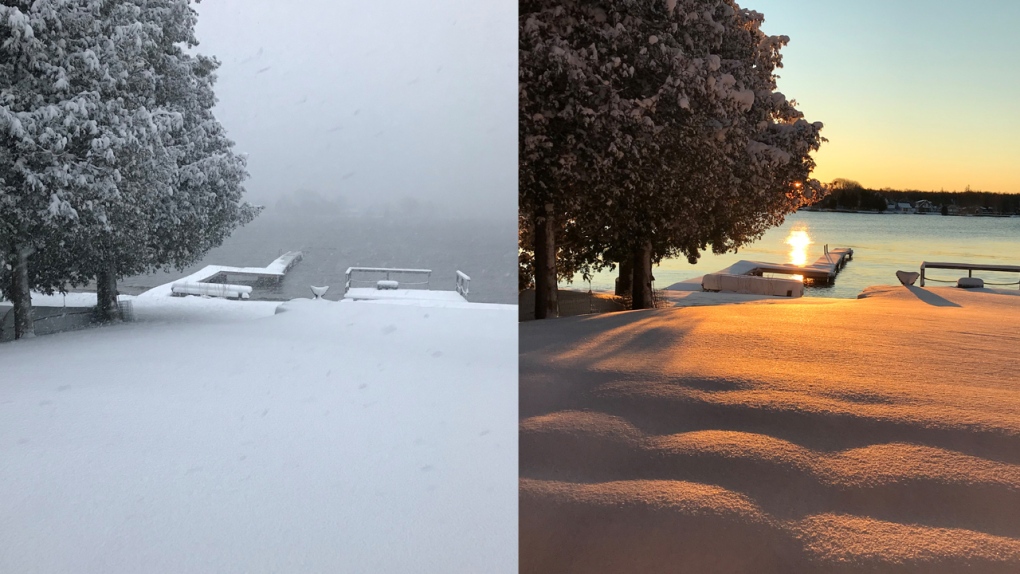 KITCHENER -- A slow-moving system dropped a significant amount of snow in many communities in southern Ontario from Monday through Wednesday morning.

Here’s a recap of how much snow was recorded.

The heaviest snow, between 30 and 50 cm, was recorded in communities south of Georgian Bay, where winter storm warnings and snowfall warnings were in place during the multi-day snow event.

Wiarton picked up 44 cm of snow, while Bognor came close to that by recording 40.9 cm.

Twenty-nine cm of snow fell in Strathroy, 28.2 cm fell in Markdale and 23 cm fell in London.

The Grimsby Mountain saw 17.2 cm of snow, while 17 cm fell in Tillsonburg.

The photos below are from Lisa McGaughey showing the difference that a day can make. These were taken Tuesday and Wednesday morning in Pike Bay, northern Bruce Peninsula. 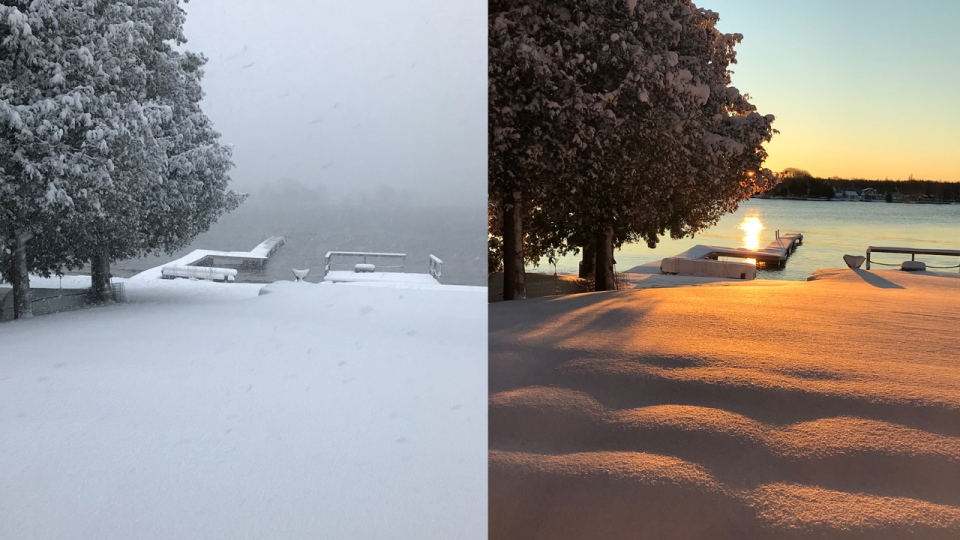 The snow will likely stick around as temperatures remain fairly cool in the long range. Although chilly, the values will be near seasonal. The seasonal high for Kitchener-Waterloo is two degrees Celsius, with a low of -5 C.

Sunshine will continue on Wednesday with a brisk northwest wind, conditions which will last through the end of the week.

The chance of flurries or mixed precipitation will return Thursday and Friday, especially for communities closer to Georgian Bay.