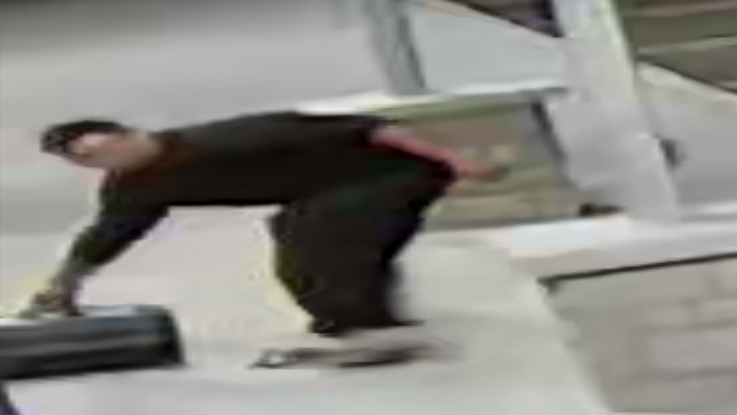 Security footage shows a person leaving a cat in a carrier at the Guelph Humane Society (Twitter: Guelph Humane)
KITCHENER -

Staff with the Guelph Humane Society have penned an open letter to the community after a "practically lifeless" cat was dropped off inside their doors before they arrived on Friday morning.

The letter, posted on the humane society's website, said the cat, which later died, was in a carrier was discovered by Critter Camp staff coming into the building.

"The carrier, left outside of the doors, had a gorgeous orange cat inside – except the cat was practically lifeless," the letter said in part. "He was cold, with a low heart rate, and was barely responsive to touch."

Officials said the cat was rushed to a clinic, which was authorized to performed any treatment necessary. Unfortunately, the cat died.

"To say our whole team is heartbroken is an understatement. There are tears, and there is anger," the letter said.

Officials said they wrote the letter partly to find out who left the animal, but mostly "to beg people to not abandon their pets to die alone." The humane society is available 24/7 to help animals in distress.

"Our team would rather be woken up in the middle of the night to help save the life of an animal, then to know that an animal suffered and died alone," the letter said.

According to the letter, security footage shows someone pulling up at the humane society around 8:30 p.m. Thursday and dropping off the cat. They added the person didn't call or knock on the doors, and that there were Animal Services Officers inside at the time who would have been able to bring the cat inside if they'd known he was out there.

The cat didn't have a microchip, collar or any other identification.

The incident has been reported to Provincial Animal Welfare Services. Anyone with information is asked to contact the Guelph Humane Society at 519-824-3091 or email info@guelphhumane.ca.

We are heartbroken today.
Arriving at the shelter this morning, staff discovered a nearly lifeless cat in a carrier outside of our Community Room entrance. Security camera footage shows that a man placed the cat there at around 8:30 last night. pic.twitter.com/xFMcq4jqss