Our home on Native land: Guelph protestors call for change on Canada Day 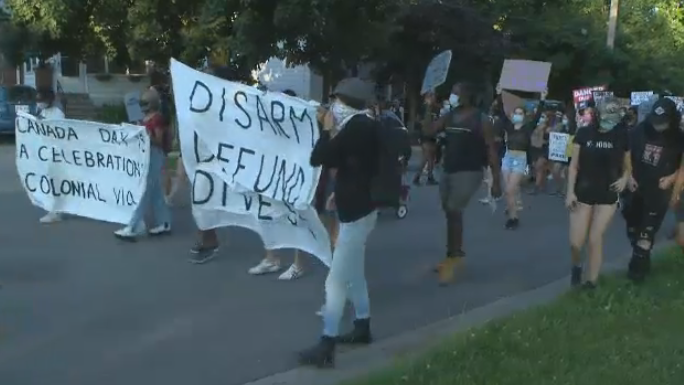 KITCHENER -- Canada day is supposed to bring us together but some say that the holiday is a painful reminder of the past.

Hundreds of people marched in Guelph on Wednesday night with a message about the country’s colonial history and its ongoing impact.

Organizers say the intention of the march is to draw attention to systemic racism, as well as police brutality and killings of Black, Indigenous and people of color.

“When you're talking specifically about anti-Canada Day or anti-nation state actions, usually less people show up because they just feel really uncomfortable that their privilege is being questioned or like, people are forcing them to think about their place within that harm and the ongoing history of that harm,” says Anarilla.

The group wants to defund, dismantle and disarm the Guelph Police Service, but they say those actions won't solve the problem of police violence.

They're demanding more support for mental health and community services.