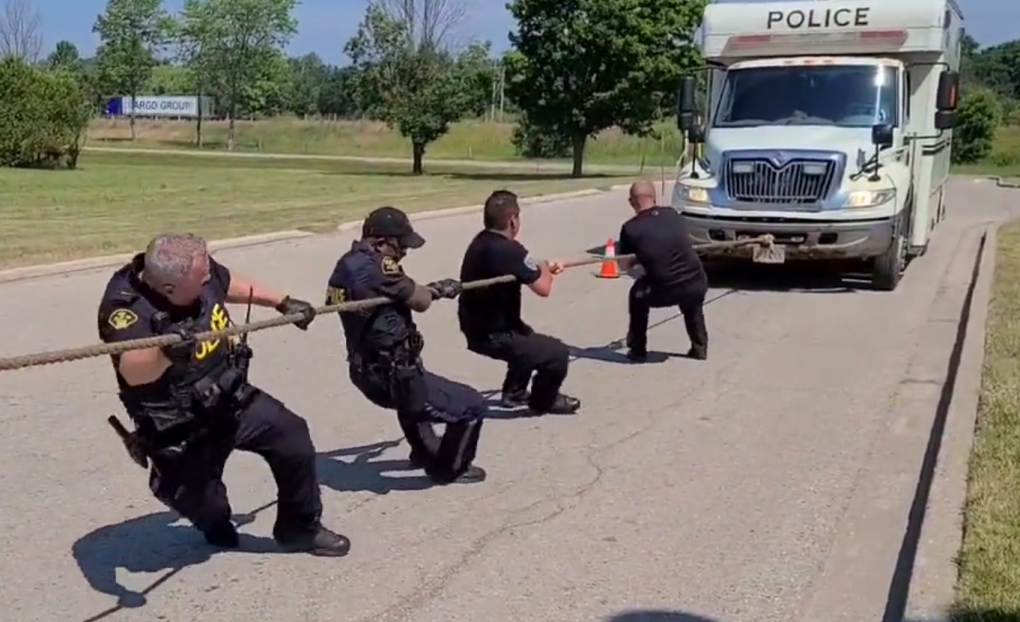 Members of the Ontario Provincial Police were up to some back-breaking work Friday to raise money for a few good causes.

Officers took part in a Pull-A-Truck event in partnership with the Federated Health Campaign to raise money for 21 different charities, including the Canadian Cancer Society, Diabetes Canada, Heart and Stroke, and the MS Society of Canada.

During the competition at the West Region headquarters in London, teams from several detachments heaved a 30,000 pound police truck 30 meters to see who could record the fastest time.

Drum roll please!!! After huffing and puffing while pulling a 30,000 pound #OPP vehicle. The WINNER of this years "Pull a Truck" event are members of the #MiddlesexOPP. Congratulations to everyone for their efforts today. Everyone's a winner, especially all the charities! ^es pic.twitter.com/OYw722qLq3

A 12-year-old player in the Little League World Series is in critical condition after falling from a bunk bed at the players' dormitory in Williamsport, Pennsylvania, his team tells CNN.