A fire on a farm property in North Perth has been deemed suspicious and is under investigation by the Ontario Provincial Police.

Emergency crews were called to the scene on Perth Line 88 near Palmerston just before 4 a.m.

The fire was reportedly at a residence and barn on the vacant property. 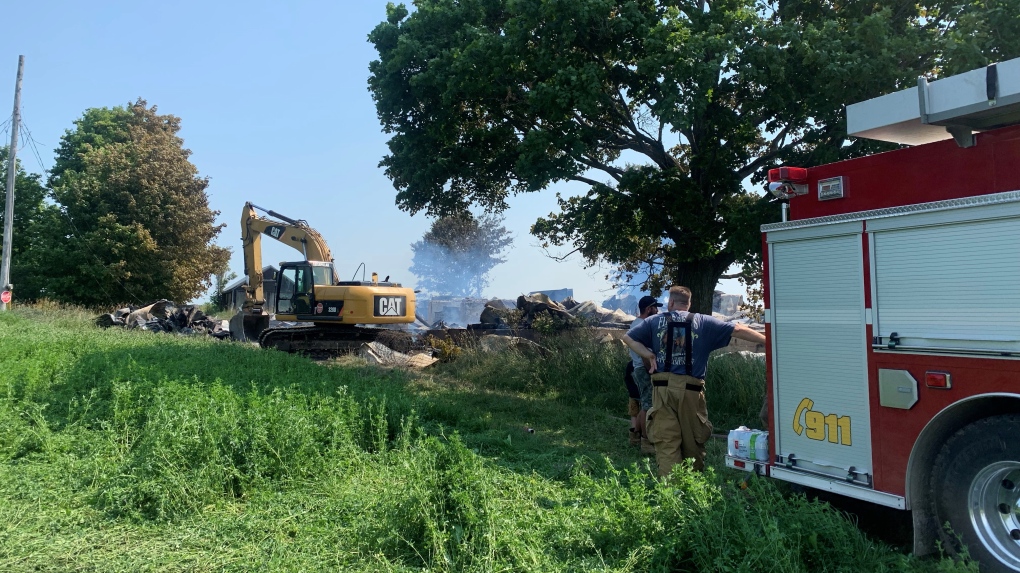 OPP are investigating a suspicious fire on a rural property in Palmerston, Ont. (Carmen Wong/CTV Kitchener)

"It was almost like the sun was coming up, the chickens literally came out of their coop thinking it was morning," he said. "There were no flames in between the house and barn, which I found a little bit weird that both buildings went up."

No one was injured during the incident.

The damage estimate is unknown. Fire officials said only small items like grain bins and a snow blower were inside the barn when the flames broke out, adding the home was empty.

An excavator was on site for most of Monday morning trying to contain what was left of the fire.

"The excavator is containing the fire, pulling out metal and stuff of that nature and then containing left over wood within the foundation to burn it off," North Perth's assistant fire chief, Jason Benn, said late Monday morning.

Benn said although the fire has been deemed suspicious, there are currently no suspects. 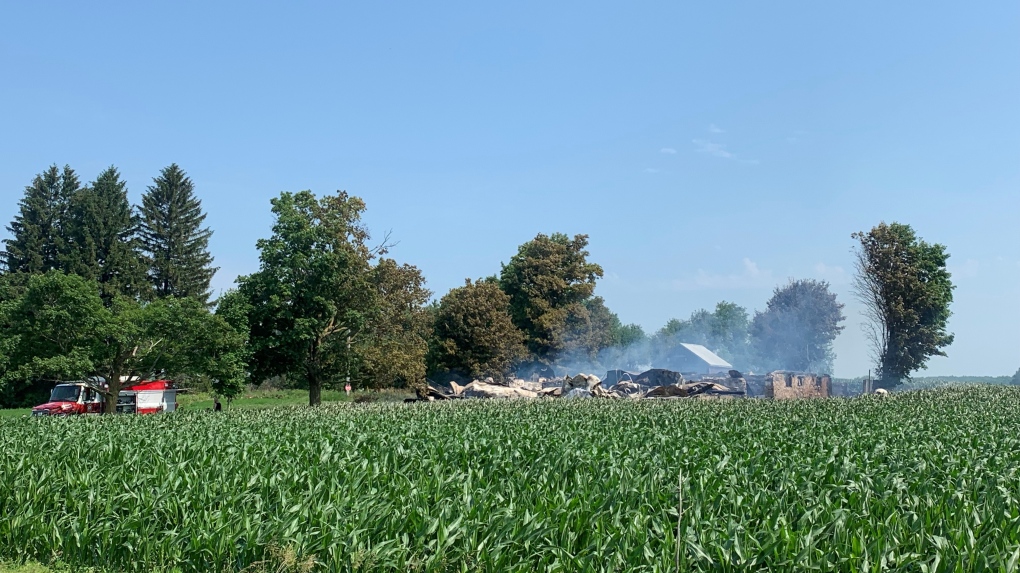 OPP are investigating a suspicious fire on a rural property in Palmerston, Ont. (Carmen Wong/CTV Kitchener)

For those who live nearby, like Smith, the blaze is worrisome.

"There was an issue with theft at one point and now a fire, it always makes you more cautious," he said.

The Ontario Fire Marshal has been consulted regarding the incident. The major crimes unit for Perth County is assisting with the investigation.

Anyone with information about the fire is asked to contact Ontario Provincial Police.

Liberal Leader Justin Trudeau has held on to power at a pivotal time in the pandemic, clinching another minority government in the 2021 federal election that looks much like the one Canadians elected in 2019. CTV News' Decision Desk declared the Liberal minority win after polls closed across the country in a federal election like no other.

The Conservative Party has come up short, failing to dethrone the now three-term Liberal Party. CTV News' Decision Desk declared the Liberal minority win after polls closed across the country.

Here's what Trudeau's Liberals have promised for their third term

Liberal Leader Justin Trudeau and his party have won a minority government on a platform of promises that included billions of dollars in new spending to rebuild the country from the COVID-19 pandemic.

Follow the CTVNews.ca live blog for real-time updates, analysis and 2021 federal election results as they come in. We will also feature updates from the headquarters of every major federal party, as well as dispatches from CTV News reporters in ridings across different parts of the country.

Elections Canada has apologized after technical problems plagued its website earlier Monday, preventing some Canadians from finding out where their polling station was located, in addition to several disruptions at polling stations across the country.

People's Party of Canada Leader Maxime Bernier has failed to win back his old seat in Beauce, Que., but his party looks to increase its popular vote.

With about 1 million voters sending in their 2021 ballots by mail, Canadians may have to wait longer than usual to find out who will form the next government.

Did you choose to leave a polling station amid long lines? We want to hear from you

If you left a polling station on election night amid long lines, CTVNews.ca would like to hear from you.