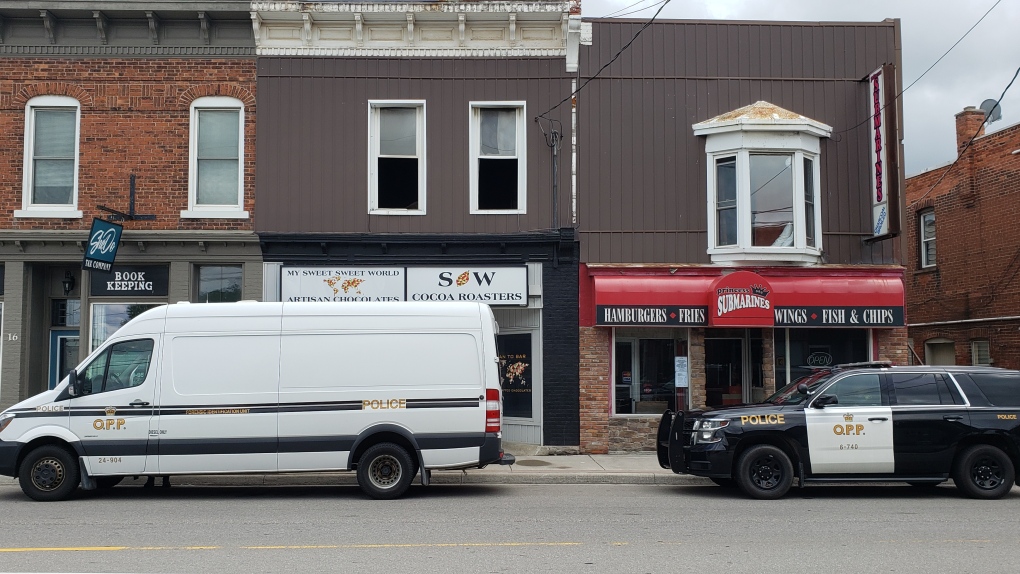 OPP on scene of a homicide investigation after a body was found following a apartment fire in Hagersville. (Scott Clarke / CTV Kitchener)

KITCHENER -- The Ontario Provincial Police have launched a homicide investigation after a body was found inside a Hagersville apartment unit that had caught on fire.

The deceased has been identified as 30-year-old Tyler King of the Mississauga's of the Credit First Nation.

Emergency services responded to the scene on Main Street North at around 8:50 p.m. on Wednesday after a witness reported smoke coming from an apartment.

Haldimand County Fire Services were able to put out the fire, which is when they found the body.

Officials confirmed that there were no other occupants of the apartment. The Office of the Ontario Fire Marshal is investigating.

Crews are looking into what caused the fire and who the deceased was.