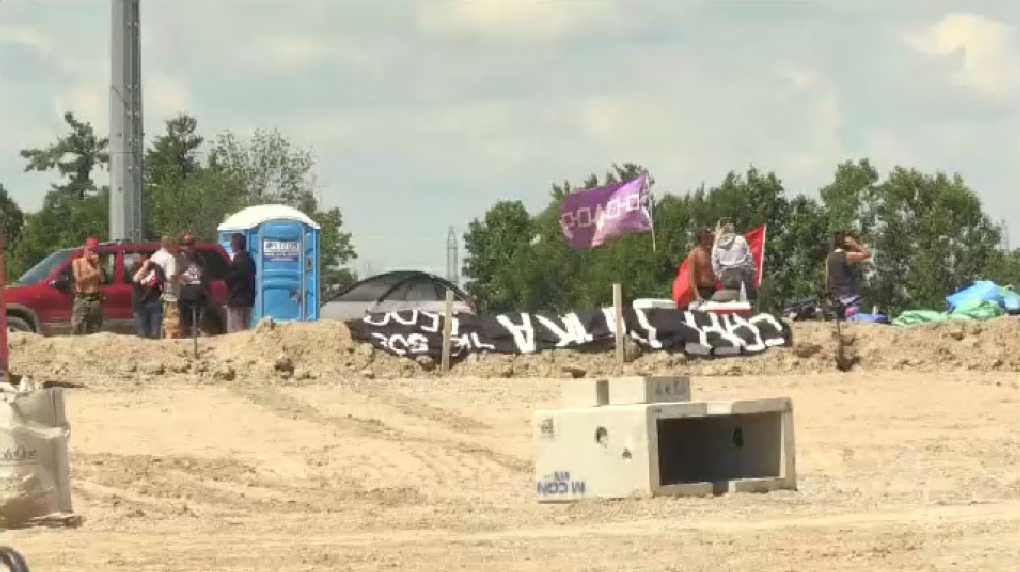 KITCHENER -- Provincial police have arrested and charged a Hamilton man who they say was protesting at a housing site in Caledonia earlier this month.

Police say the 34-year-old man travelled to the area of Argyle Street and Sixth Line in Haldimand County on Aug. 5 and "committed several criminal offences."

Police identified the accused and say he was arrested and charged on Aug. 24.

The man was charged with failing to comply with a release order, intimidation and mischief. He has been held for a bail hearing at the Ontario Court of Justice in Cayuga.

Nine other protesters were arrested at the site of the housing complex on Aug. 5. At the time, the OPP said officers were called to enforce a court injunction given to the protesters on July 31.

The protesters returned to the site at the McKenzie Meadows development in Caledonia the following day.

The Highway 6 bypass in Caledonia was closed for three weeks in response to the protest.