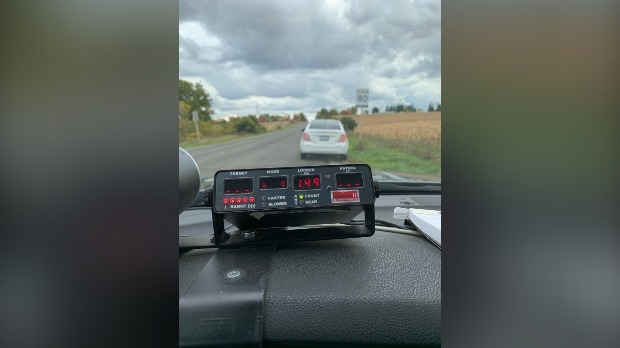 KITCHENER -- Provincial police said a 22-year-old lost their licence for a week after they were clocked going 149 kilometres per hour in an 80 zone.

In a tweet, police said the driver, who is from Waterloo Region, was pulled over on Ayr Road in Brant County.

#brantopp stopped a 22 year old from the Region of Waterloo travelling 149 km/h in the posted 80 km/h zone on Ayr Road the the Countyof Brant. Stunt Driving = 7 day licence suspension and vehicle impoundment plus fine and more suspensions upon conviction #SLOWDOWN !!!! ^kj pic.twitter.com/nuRjx4BwYs

The driver lost their licence for seven days and their vehicle was impounded because of a stunt driving charge.

Police said there will likely be more suspensions if they are convicted.