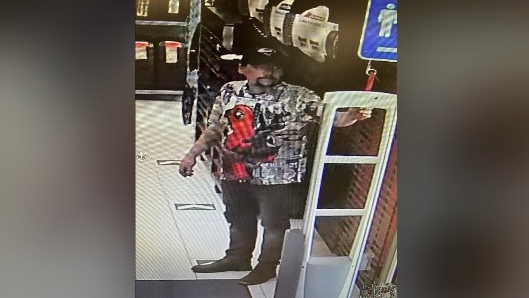 Police are searching for this person of interest. (OPP)

Wellington County Ontario Provincial Police (OPP) are leaning on the public for information on a person allegedly involved in a theft from a Fergus business.

On Aug. 4, OPP received a report of a theft from a business on Tower Street South that had occurred on July 29.

The person of interest was seen placing several items in a backpack and left without paying for the items, according to police.

The photo from OPP shows a man with a Marvel Comics character on his shirt. He’s also wearing dark pants and a dark hat and has a tattoo on his right forearm.