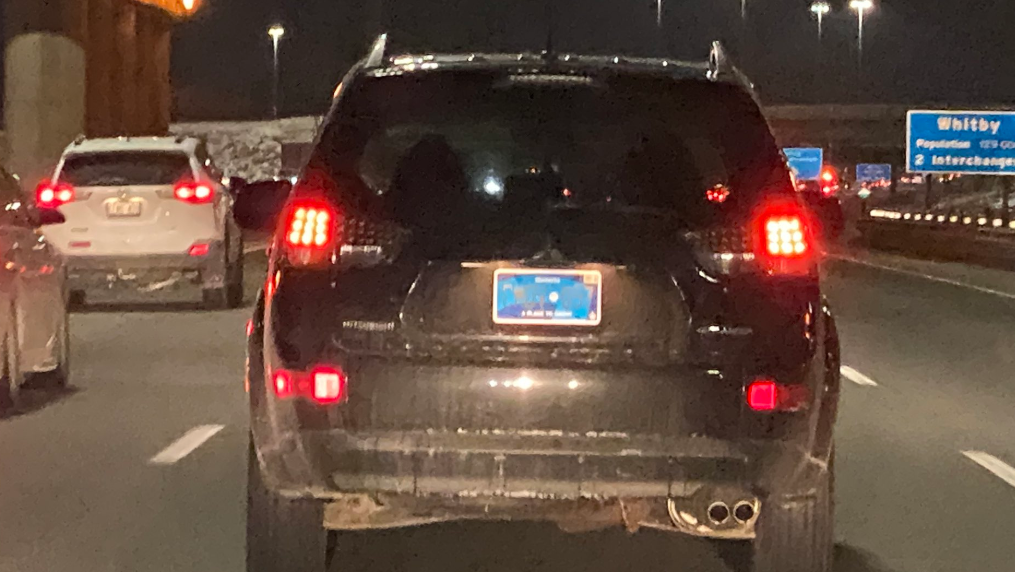 A vehicle with the new Ontario licence plate is seen driving at night. (Twitter / @ACollinsPhoto)

TORONTO -- The Ontario government says it will eventually have to recall newly issued licence plates that are difficult to read in low light.

Progressive Conservative House Leader Paul Calandra says the move will need to be made once the problem with the plates is fixed by the manufacturer, 3M Canada.

Calandra did not provide a timeline for the recall and acknowledged the province continues to distribute the faulty plates to drivers.

The problem was first raised over the weekend when an off-duty Kingston police officer posted a picture of an unreadable plate in a well-lit parking lot at night.

Calandra says the province currently has a supply of older model plates it could provide to drivers, but it's hoping to avoid switching back to the previous version.

Premier Doug Ford's office could not immediately say how many of the new plates have been distributed since they were initially released in early February.