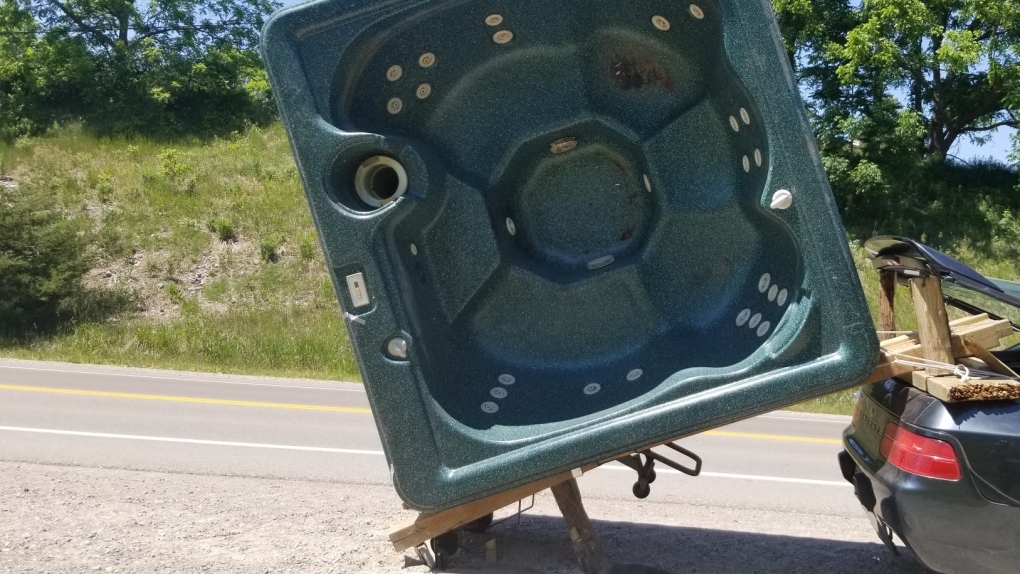 KITCHENER -- Woodstock Police responded to an unusual call on Wednesday afternoon – a Porsche, pulling a hot tub on a homemade cart.

They say they received several calls about the car as it made its way along Dundas Street West near 11th Line.

The 54-year-old male driver was charged with careless driving. 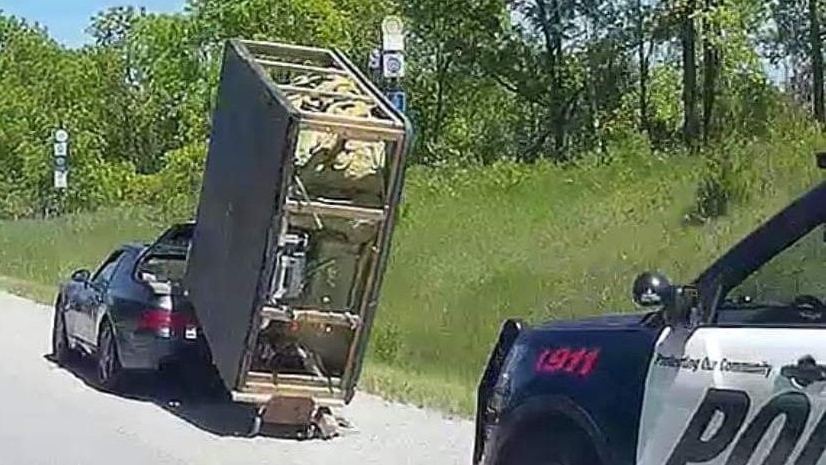 Police say all drivers are responsible for the safety of the load they're carrying.

“Had this hot tub become unattached from the homemade trailer that it was towed on, [it] would have caused serious damage and injury to anyone in its path,” said Cont. Marco D’Annibale in a press release.

The Highway Traffic Act and the Ministry of Transportation has these tips for towing safely: