Pirates have commandeered Marden Park in Guelph for the long weekend.

The annual Ontario Pirate Festival is finding its sea legs again after the pandemic put it on pause for two years.

“It’s been great and it’s nice to have people back because they haven’t been out for the last couple of years,” said vendor Michelle Doucette.

Around 2,000 people were in attendance on Sunday enjoying live music, fashion, food, and games.

“Gosh, who doesn’t want to be a pirate?” said Zolton the Adequate, a co-captain of the festival. “You get to go ‘yar!’ and ‘arg!’ and all sorts of things like that.”

“You can come out and see our juggler, Cobbler Jay, our mud show, and even a pirate rat.” 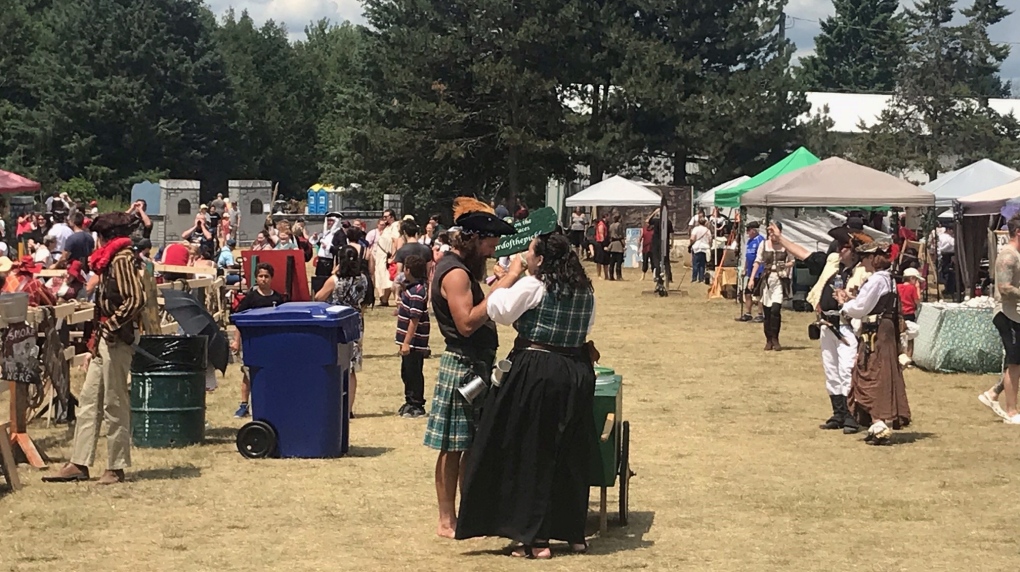 While Zolton’s magic show drew a crowd, other events like the falconry show and mud show were also getting buzz on the day.

“It’s a couple of idiots splashing around in the mud,” explained Zolton. “Which is far more entertaining than it sounds.”

Tylor White said he came from near Sault Ste. Marie to enjoy the festivities and comradery with friends he hasn’t seen in a while.

“By the end of the day, you normally do two or three tours of all the stuff that people are making, maybe buy something to enhance your outfit,” said White. 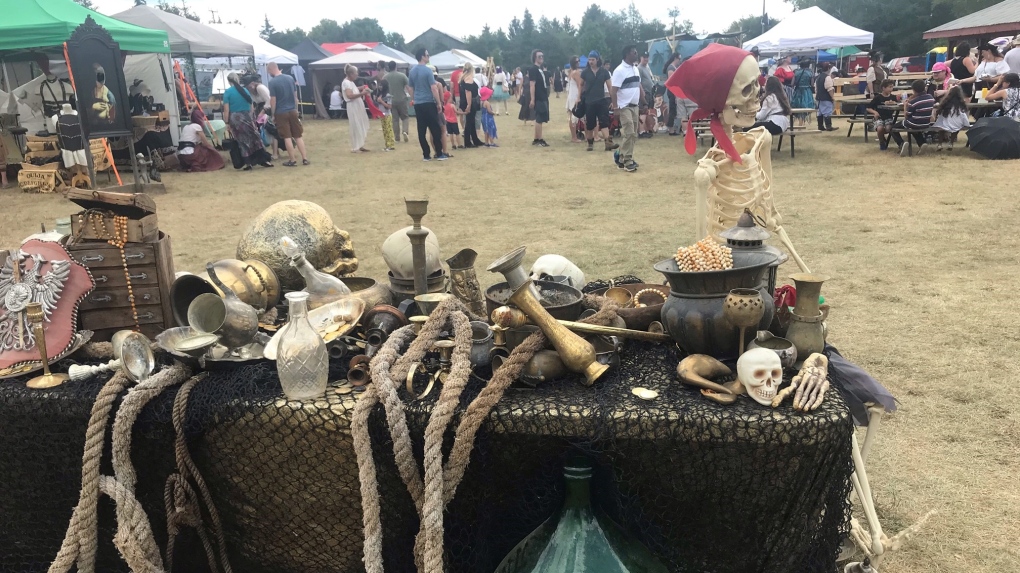 The festival has been running for over a decade. It started at Fort York in Toronto, then moved to Milton, and has been in Guelph for the past few years.

Zolton said they plan to sail back to the Royal City in 2023.

PM Trudeau presents premiers $196B health-care funding deal, with $46B in new funding over the next decade

Before and after: How Toronto's MARZ uses AI to make motion picture magic

While much of internet is still buzzing about the wonders of ChatGPT, a Toronto-based technology and visual effects company is making its own splash in Hollywood using artificial intelligence.

As negotiations continue between premiers and the federal government, former Quebec premier Jean Charest is criticizing the feds' string-attached approach to health-care funding, stating that Ottawa should not be in the business of operating health-care systems.

A sensor you draw with a pencil could be used for 'smart diapers,' contactless switches and respiratory monitors

We may soon be able to detect humidity levels, respiratory changes or a too-wet diaper, all with a new type of sensor — one created by drawing with a pencil on specially-treated paper.

A 24-year-old man now linked to an unusual string of crimes that kept the Dallas Zoo on the lookout for missing animals told police that after he swiped two monkeys from their enclosure, he took them onto the city's light rail system to make his getaway, court records show.