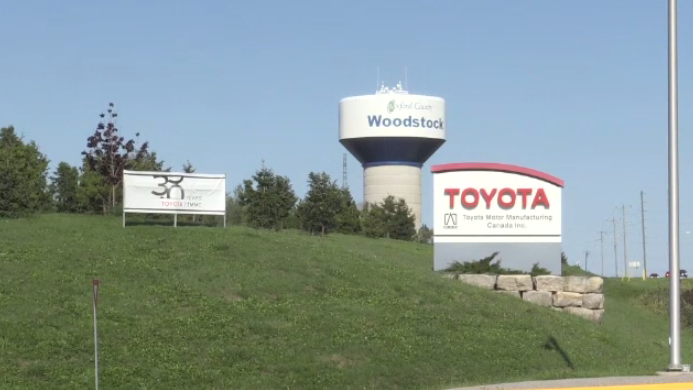 The Toyota plant in Woodstock seen in this undated file photo.

KITCHENER -- The province is launching a new initiative to help attract manufacturers to job sites around Ontario.

The plan is to identify shovel-ready sites where automakers or other large-scale manufacturers could build plants.

To do that, the Ontario government announced a province-wide "job site challenge."

Officials made the announcement at the Toyota plant in Woodstock on Thursday morning. The facility is a fitting backdrop as the newest auto plant in the province, opening its doors in 2008.

The government is challenging municipalities, economic development agencies and industrial property owners to identify and propose mega sites for industrial use.

These tracts of land must be between 500 and 1,500 acres and be serviceable by utilities, transportation networks and other support infrastructure.

Economic development minister Vic Fideli says the initiative will help address one of the biggest barriers that manufacturers face.

"We hope to have a great selection of sites right across Ontario so that we are ready to go to the world and say look Ontario is open for business," Fideli says.

"We're open for jobs, we've got huge advantages for you to be in Ontario. The last thing you need to worry about, by the way, is your location."

Once the sites are identified, the province will then lead a marketing campaign to showcase the locations on an international stage as well as to domestic investors.

The first sites are expected to be made available to investors in the fall of next year.