Ontario auto insurance rates decrease slightly; down on average 8% since 2013 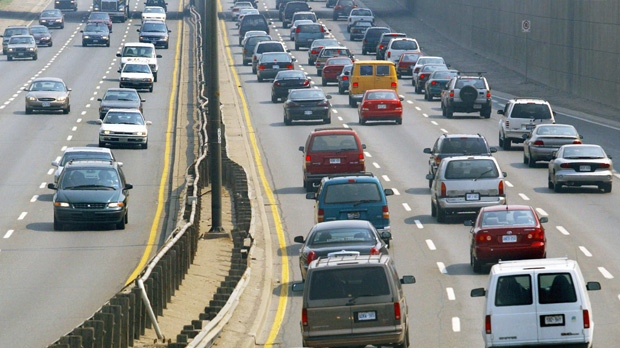 Vehicles are pictured on the Gardiner Expressway in Toronto in this file photo. (The Canadian Press/Kevin Frayer)

TORONTO -- Auto insurance rates have inched down a notch in Ontario, though the Liberal government is still far from its self-imposed target of an average 15-per-cent reduction.

The Liberals promised in 2013 to cut auto insurance premiums an average of 15 per cent by August 2015, but after that deadline came and went, Premier Kathleen Wynne later admitted that was what she called a "stretch goal."

Approved rates in the fourth quarter of 2016 decreased on average by 0.14 per cent, according to the Financial Services Commission of Ontario.

That puts the average decrease since August 2013 at about 8.3 per cent, or a little over halfway to the government's goal.

Finance Minister Charles Sousa has said the government still wants to see rates cut by an average of 15 per cent, though there's no longer a deadline attached to the goal.

The promise in 2013 came as part of a deal to get NDP support for that year's budget when the Liberals were still a minority government.

The government has lowered the maximum interest rate that an insurer can charge for monthly auto premium payments and prohibited minor at-fault accidents from boosting premiums. As well, it has appointed a special adviser to look at ways to lower costs and further reduce rates.

A government-commissioned report on the auto insurance system from David Marshall, the former president and CEO of the Workplace Safety and Insurance Board, is set to be released early this year.