One person dead after two-car crash near Tavistock 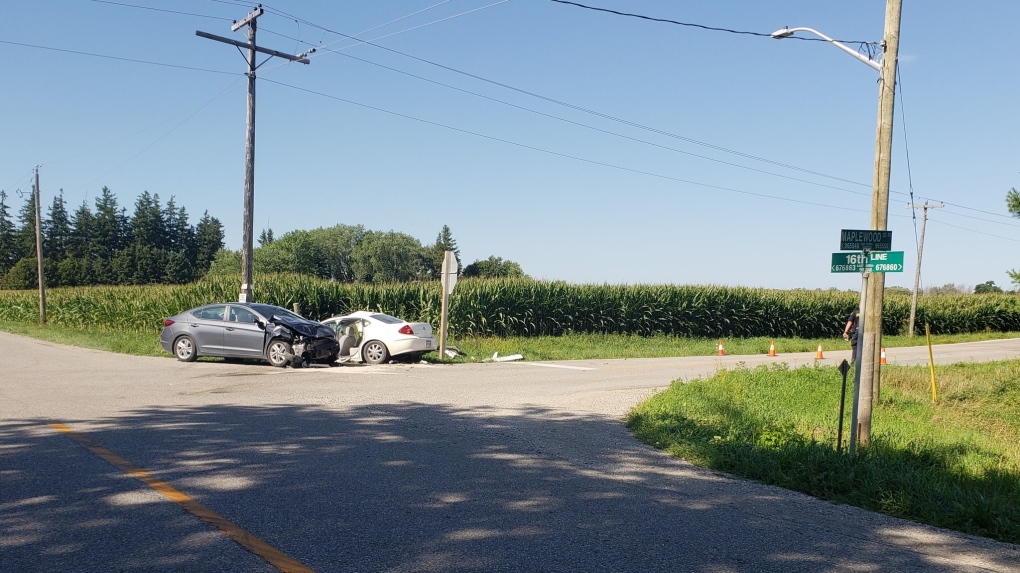 OPP at the scene of a two-car-crash at Maplewood Side Road and 16th Line near Tavistock. (Source: OPP)

KITCHENER -- A person is dead after a crash closed the intersection of Maplewood Side Road and 16th Line, just south of Tavistock.

Two cars collided at the intersection of Maplewood Side Road and 16th Line on Wednesday afternoon, according to officials.

A representative for Ornge says they were called to transport an elderly man with critical injuries to Hamilton General Hospital.

On Thursday, an OPP news release confirmed that 85-year-old Jean Claassen of Tavistock had died.

One car received significant damage to its driver’s side, while the other has front-end damage.

The roadway was closed for several hours, but has since reopened.