OLG still hearing from people interested in $50-million ticket, and their lawyers 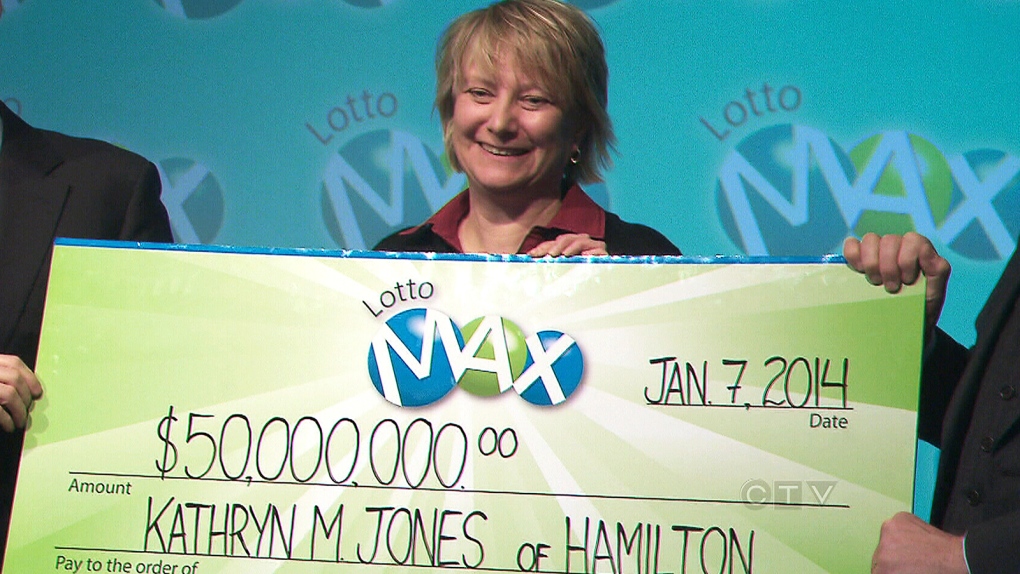 Kathryn Jones has her cheque for $50 million, but other people are still claiming it should be theirs.

Jones, 55, was the subject of an extensive search for the rightful winner of a $50-million Lotto Max jackpot.

The winning ticket was sold at a Shoppers Drug Mart in Cambridge in November 2012.

Nobody came forward to claim the jackpot – and as weeks turned into months, OLG officials intensified their own investigation into who purchased the ticket and deserved the millions.

Using video surveillance from the drugstore and credit card statements to verify the purchase, OLG eventually concluded that Jones – a Hamilton resident who works in Cambridge – was the rightful owner of the ticket.

A 30-day hold on her winnings ended Tuesday, when OLG officials presented her with a cheque for $50 million.

But that’s not the end of the story – at least not for OLG investigators.

“No information from the 80+ inquiries have changed the outcome of our investigation and determination that Kathryn Jones is the rightful winner.”

Additionally, Bitonti says, Jones was able to produce a credit card bill showing she bought $16 worth of lottery tickets at the correct Shoppers Drug Mart at the correct time to have purchased the winning ticket.

“OLG is confident that we paid the right prize to the right person in this matter,” he says.

At least one lawsuit has been filed against the OLG in connection with the $50-million ticket.

The agency says it has “thoroughly and fairly dealt with the plaintiff” and will “defend itself vigorously” in court.