There were no ambulances available to respond to emergencies in Guelph for a short period on Monday, as paramedics waited outside the hospital to offload patients.

Ten ambulances were seen lined up in front of Guelph General Hospital on Monday – another sign of a healthcare system under strain.

“[It] meant that we had no ambulances available to respond to emergency calls,” said Stephen Dewar, Guelph Wellington Paramedic Service Chief. “We had some emergency calls waiting, it took us about 15 minutes before we could free up some resources and that's really not good.”

An offload delay occurs when an ambulance arrives at the emergency room but hospital staff are unable to take over care of the patient, requiring paramedics to stay on-site.

According to a report from Guelph Wellington Paramedic Services, local paramedics spent more than 4,900 hours caring for patients in offload delays in 2021.

Inside the Guelph General Hospital emergency room on Monday, resources were stretched thin.

Melissa Skinner, Guelph General Hospital chief nursing executive, said at peak, there were 22 people waiting to be admitted. The 24 beds and stretchers the hospital had to see patients were all full.

The backlog is a problem province-wide.

“It’s being seen where it's never been seen before,” said Stephen Van Valkenburg with the Ontario Association of Paramedic Chiefs. “Obviously urban areas have a bigger issue, but some of the smaller areas are really starting to see that offload delay, really start to creep up now.”

Back in Guelph, Skinner said part of the issue is systemic, stemming from outside the hospital’s walls.

“There's just not enough destinations in our community for patients to go to when they need to leave hospital,” Skinner said. “So right now we have patients waiting to go to rehab beds, long-term care, a retirement home.”

Plus many hospitals, including Guelph’s, remain understaffed on an almost daily basis.

“Unfortunately I think our education systems are now a little bit behind. We just can't get enough people through the different programs to help get into healthcare,” said Skinner. “It’s going to take several years to come out of this.

“One of the things that we did yesterday -- and do when we have to -- is called 'batching,' in which we have one paramedic deal with multiple patients in the hallways,” said Dewar. “But that's not a solution, it’s just a patch.”

Asked to respond to the long offload delays at Gueph General Hospital, the Ministry of Health pointed to its plan to spend $15 million to redevelop the hospital's emergency department.

“The phased redevelopment of the hospital’s emergency department will renovate existing infrastructure and enhance emergency services to ensure families have access to high-quality care in a comfortable and modern space,” the ministry said in part in an email. 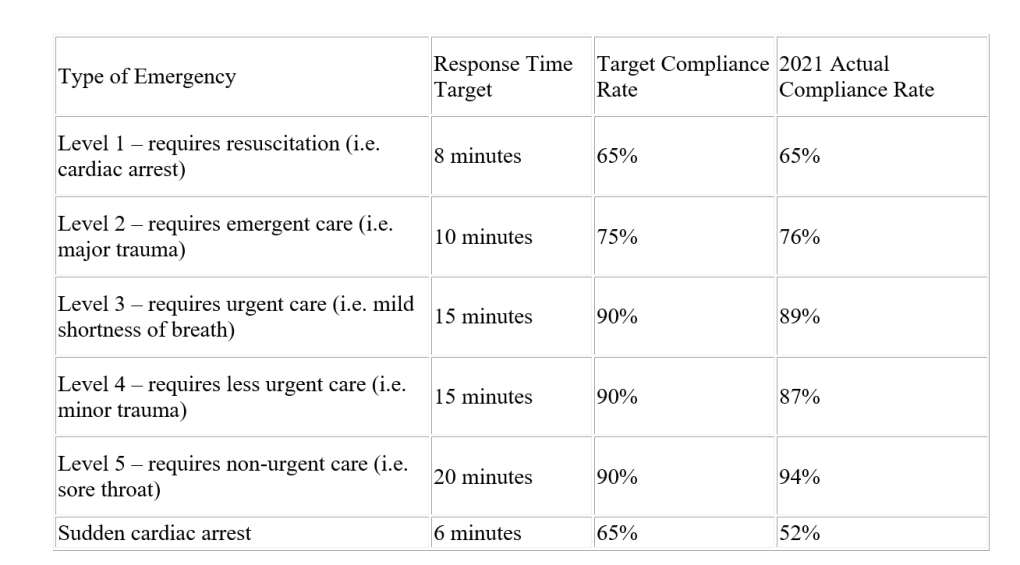