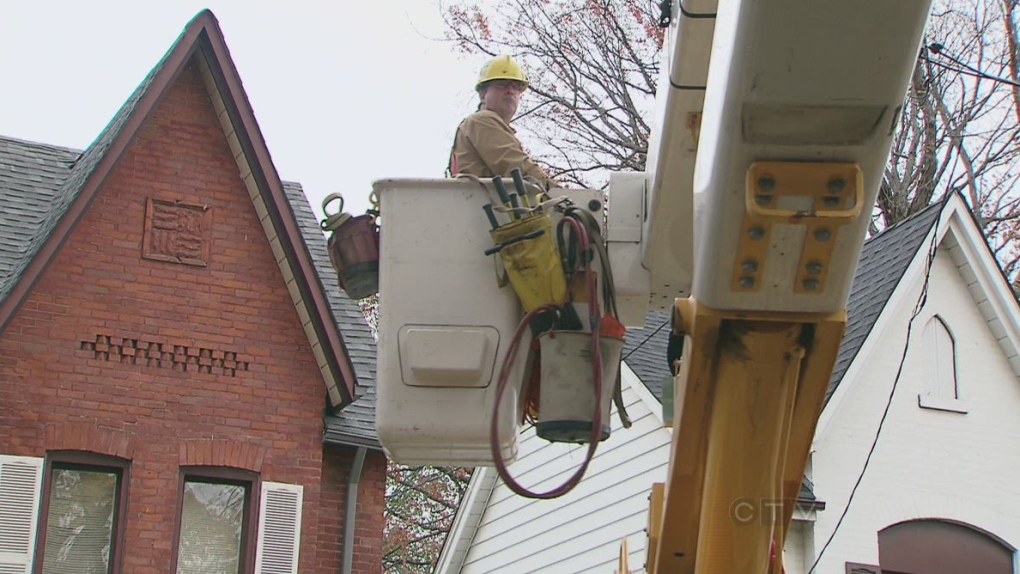 A Hydro worker in Sarnia was killed while responding to a power outage caused by Sandy.

SARNIA, Ont. -- Officials have released the name of the hydro worker killed on the job in Sarnia while working on a power line damaged by superstorm Sandy.

She says Leach was a lineman for more than 20 years, including time worked in St. Thomas, Ont., and Nova Scotia, and had been with Bluewater Power for about four years.

Leach was using a bucket truck to repair fallen power lines when the incident occurred around 10 a.m. on Wednesday.

The Labour Ministry continues to investigate his death.

McMichael-Dennis had called the death an "unspeakable tragedy," adding the utility has never had a worker die on the job before.

Leach's death was the second fatality attributable to Sandy in Ontario -- a Toronto woman died Monday night when she was hit by a sign blown down in high winds as the storm hit.