'Now our sadness really sets in': Remains of missing Cambridge woman found nearly a decade after her disappearance

The remains were located in a wooded area north of Guelph just off Wellington Road 30 on April 21. The OPP said the remains have been identified as Kathleen Ann Kraehling, who was reported missing to Waterloo regional police on July 15, 2011. 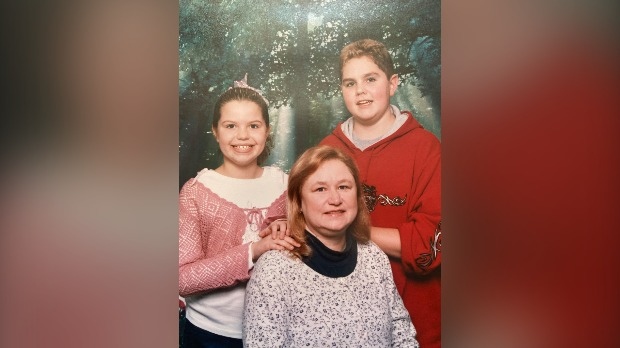 "My mom was the strongest person I have ever met," Kraehling’s daughter, Caitlin Baines, said in an emailed statement to CTV Kitchener. "No one should ever have to go through what she did. My brother and I are truly heartbroken at this time. We have closure now, but nobody wanted it to end this way. She had the biggest heart out of everyone I’ve ever met. She was such a blessing in my life and I’m just so grateful I was able to experience her love."

Baines added the loss hit them even harder following an incident at the end of March when Waterloo regional police contacted the family about an unidentified woman in a Hamilton hospital who seemed to match Kraehling's description. It turned out it had already been determined the woman was not Kraehling.

Police said "officers reached out to the family prematurely before conducting proper follow-up." They have since apologized to the family.

Kraehling's cousin, Dianne Smith, said their family has struggled with Kraehling's disappearance for the past 10 years.

"It has been extremely hard to turn on the news and hear remains have been found and always wonder if it was her," an emailed statement from Smith said in part. "Now our sadness really sets in, there was always the glimmer of hope, to my family and we have strong family ties she will be remembered as a sister, daughter, niece, cousin and the most important mother.  She will be forever in our hearts.  We would like to grieve right now and remember the good times."

The family has started an online fundraiser to cover funeral costs.

Police said the investigation is ongoing under the direction of the OPP Criminal Investigation Branch and the Office of the Chief Coroner.

Officials said they believe this is an isolated incident and there's no threat to public safety.