Samuel Waters, 22, has been charged with indignity to human remains.

They were discovered close to Lakeshore Line, on the Lake Erie escarpment, on Monday.

Rumours spread that the remains had been found in a fridge or freezer on the bluffs.

The next day a helicopter was seen lifting what appeared to be a large rectangular object from the scene. 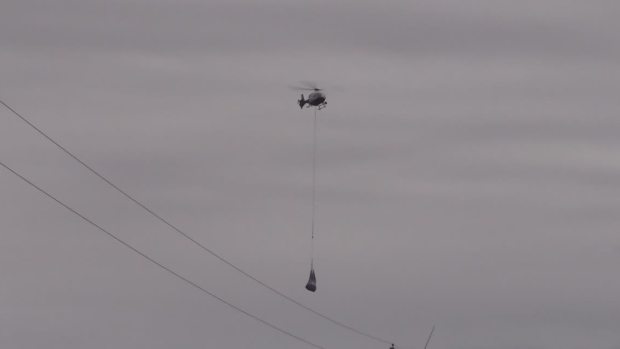 OPP have not released any additional information on the investigation, the name of the victim or how they died.

Waters is scheduled to appear in a St. Thomas courtroom on May 15.