No significant flooding expected but be careful around water, GRCA warns 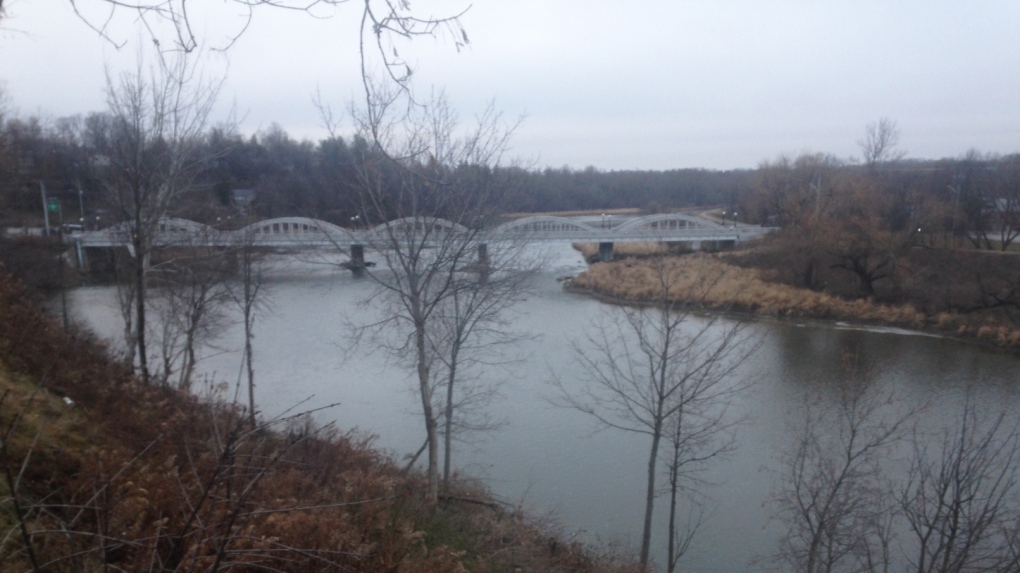 The Grand River is seen in the Bridgeport area of Kitchener on Sunday, Dec. 14, 2014. (Phil Molto / CTV Kitchener)

KITCHENER – The Grand River Conservation Authority has issued a water safety statement ahead of heavy rainfall in the forecast.

A low-pressure system is expected to bring between 40 and 50 mm of rainfall to much of the Grand River watershed, a release from the GRCA says.

The significant rainfall expected around southern Ontario has even prompted conversations about postponing Halloween.

"While no significant flooding is anticipated with this event, higher flows in local waterways will increase the risk of flooding in low-lying areas typically prone to flooding," the release reads in part.

The statement also advises extreme caution around waterways, which are expected to remain higher than normal for the rest of the week.

The safety statement will remain in effect until Saturday, but other flood messages will be issued if conditions warrant them.