All four llamas living in Waterloo Park are uninjured after a fire broke out in their enclosure Wednesday afternoon.

A witness told CTV News it was a chaotic scene as the animals tried to escape the flames that were spreading through their shelter at the Eby Farmstead along the Laurel Trail.

"The llamas were running all around the yard, and the smoke was going up in the air," said Jesse Shoults-Roy, who saw the fire from a passing LRT train. "It was a wild 15-second view of just absolute chaos in this little yard here."

Hepditch said there were no animal, staff or civilian injuries, adding it is always a positive outcome when there isn’t a loss of life in any shape or form. 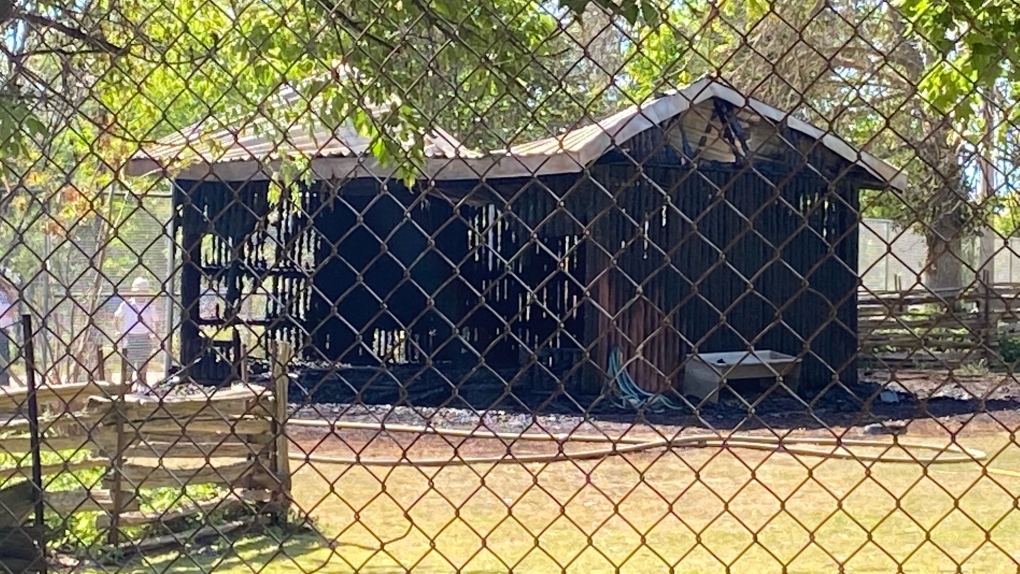 Despite the lack of injuries, some say this should be a wake-up call and moving the animals to pastures is an option that should be considered.

“It’s a very big concern for us, and like I said, we’ve brought this up to the city and to the farmstead as well in hopes that they would change their mind and move the animals back to better pastures,” said David Pereria, a local animal rights activist.

City staff and firefighters were able to safely move the llamas to another location while firefighters extinguished the burning building.

The City of Waterloo said they don't have a damage estimate yet, but say it is excessive.

When it comes to rebuilding the pen, city staff said the first step will be removing the structure and cleaning up the site.

A review of options, one of which may be replacing the structure, will then be undertaken.

The man charged Tuesday with seven counts of murder for opening fire at an Independence Day parade in suburban Chicago legally bought five weapons, including two high-powered rifles, despite authorities being called to his home twice in 2019 for threats of violence and suicide, police said.

The Canadian Armed Forces (CAF) has released further details about what will and won’t be allowed under its revised dress code expected to be enforced starting this fall.