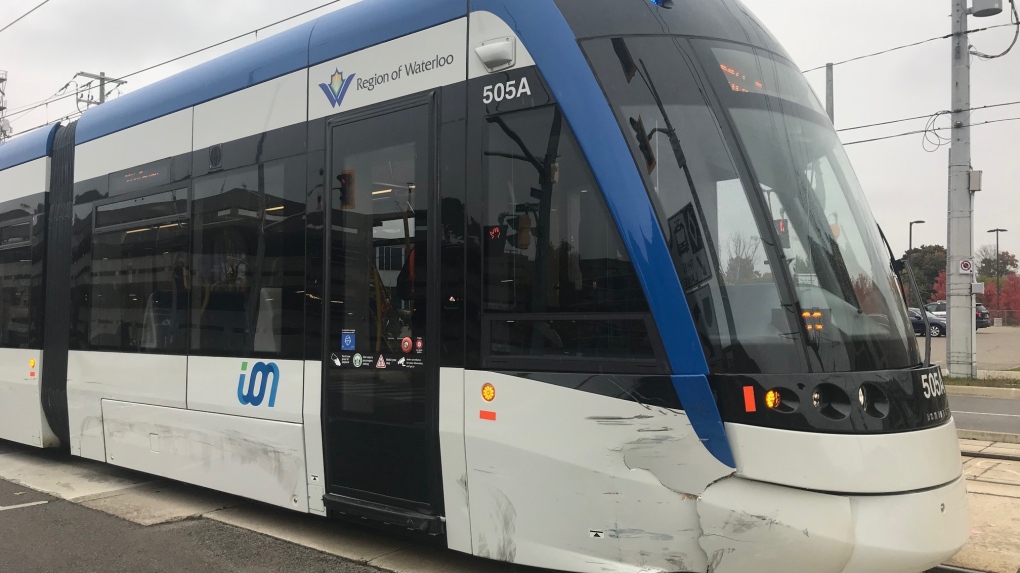 KITCHENER -- No one was injured after a collision involving an LRT train in Kitchener on Monday afternoon.

The crash between a train and a car happened at the intersection of King Street and Green Street.

Police say there were no injuries and only minor damages.

The train was stopped while police responded to the crash, but there were no road closures.