Niska Road bridge reopens after being closed for 2 years 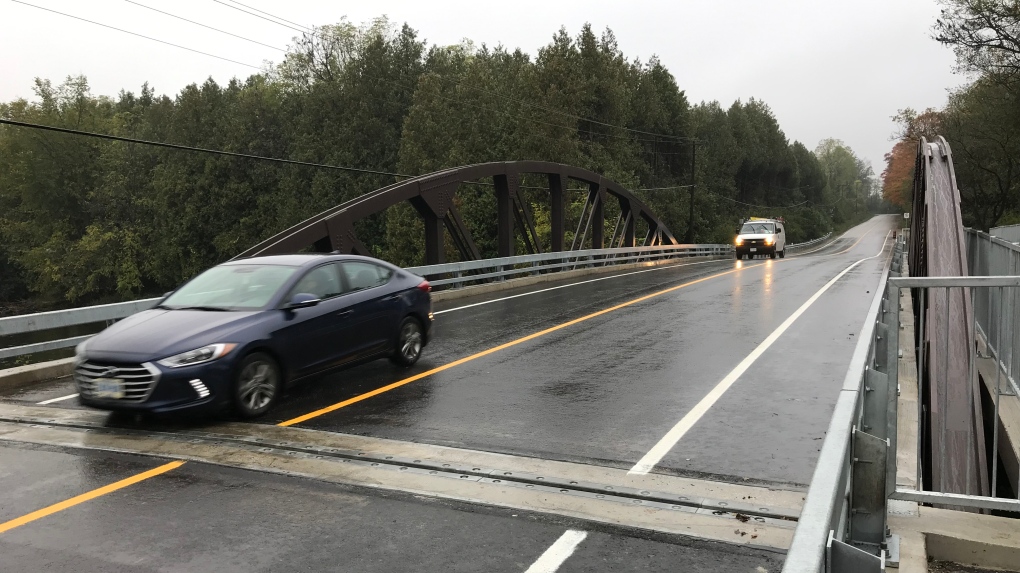 The bridge on Niska Road has reopened after more than two years of closure. (Dan Lauckner / CTV Kitchener)

KITCHENER - Drivers in Guelph may have cause to celebrate after a bridge closed for years has allowed traffic to flow again.

The Guelph bridge was first ordered closed in early 2017 over concerns about its structural stability.

It was a Bailey bridge, which was used by the military during the Second World War and later donated to the municipality.

A portion of the old bridge was set to be given to the military for training purposes, with the rest slated to be relocated for commemorative use around the city.

The new, two-lane bridge started being built in September of 2018. About 13 months later, it has reopened to traffic.

Before it was taken down, it was only wide enough for one vehicle to cross it at a time.

The expansion made people living in the area concerned that it might make the traffic worse, but city officials at the time opted for the two-lane bridge for the sake of safety.

The city has also made the road a "truck exclusion zone" in an effort to calm traffic.

The city says the work, including upgraded stormwater infrastructure and on-street parking spaces, cost about $6 million, making it complete on time and on budget.